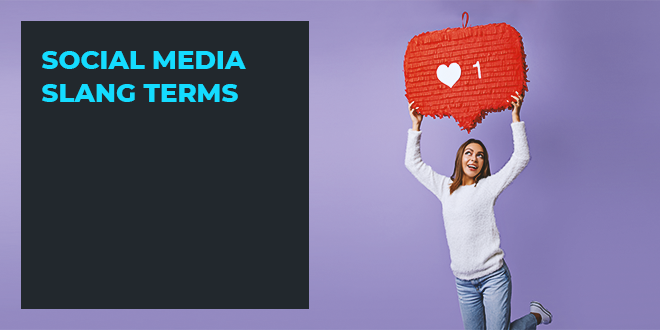 Do you use any social media? You probably have an account on more than one platform. That isn’t surprising since nowadays, this is one of the ways we often choose to meet new people and stay connected with our friends and family. In the era of continuous migration, social media has become the lifeline that connects us to the world.

The fact that you’re reading this article on the internet already makes you part of this world without borders. But do you know how to speak the language of this international house? Do you really know the slang used on social media? Have you mastered the English acronyms used along with their meanings?

English Vocabulary for the Internet and Social Media

Not long ago, studying English in an academy was all that you needed to achieve a level that was good enough to communicate with the world without problems. But all that is changing by leaps and bounds.

Nowadays, thanks to the contributions of the thousands of people who use English every day on social media – especially the youngest users – new words and abbreviations are constantly being born. To really be connected in this medium, you also need to know the slang.

In this article, we want to tell you the abbreviations, the words, and all the internet vocabulary in English that you’ll need to navigate the cyber ocean. After reading, you’ll know exactly what to say as well as what others are talking about.

Abbreviations in English and Their Meaning

Of everything that happens with English social media slang, keeping up with the acronyms is probably the most difficult. When you find a series of capital letters, it isn’t only necessary to know English, you also need to know the English used on social media networks.

We’re going to explore some of the most used and fundamental acronyms so that you won’t miss anything that’s happening around you.

-Wanna go for a picnic in the graveyard?

–No, man! Dafuq is wrong with you?

Now that we’ve cleared up your doubts about the most commonly used English abbreviations, let’s see some of the slang that you’ll have to know when browsing the social media networks. This vocabulary will also be very helpful when you post since it will improve the reach of your posts and help increase your followers.

This refers to a person who’s considered famous on Instagram because they have thousands of followers. These people are often interviewed for television and magazines and used by brands for advertising.

Hey, isn’t that girl you went to school with Instafamous? I’ve heard she’s got like 20k followers!

Fake Instagram. Many people, especially teenagers, have two Instagram accounts. In one, they’re shown as polite and well-behaved, especially for their parents’ sake, if they have them as followers. Their second account is only for their closest friends and those they want to impress.

Are you sure you want to post a topless picture? Isn’t your mum following you?

Duh! This is going right to my Finsta! Mum will never know.

This is used as a hashtag to indicate that what’s said in the post or shown in the photo is natural and hasn’t been edited.

I’m so sick of all those fake girls posting #nofilter photos of them “just woken up”. It’s obvious they’ve all done their makeup and hair for hours before taking the pic!

Don’t forget to download the guide and integrate these 7 words into your digital vocabulary. 🔝

Do you want to learn more about the vocabulary used on social media and the internet? Do you want to navigate without problems? Why not try our online course? ABA English offers 144 free video classes and the same number of short films to help you learn English using an intuitive and natural method that stresses communication in all areas without sacrificing grammatical accuracy. What are you waiting for?

I want to sign up
I want to download the app
2019-11-26
Share
Previous Beginners: Tips for identifying Verb Tenses in English
Next How to Find and Maintain the Motivation to Learn English