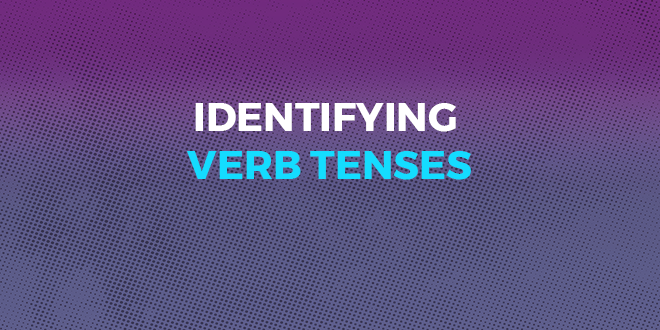 If there’s one thing that seems to create a big tangle of information when learning English, that is the verb tenses. While many languages may have their own set of verb tenses and conjugations that stress English speakers, those who are trying to learn English can find themselves equally overwhelmed when it comes to identifying verb tenses with their different names and the auxiliary verbs.

Master the verb tenses in English with @abaenglish.

But identifying the verb tenses doesn’t have to be difficult or stressful. In this article, we’ll go over the tenses that are used most often. We’ll also give you some keys that you can use to differentiate them and use them correctly. Shall we begin?

What Are the English Verb Tenses?

If you’ve already taken an online English course, you’ll definitely know all of the tenses that exist in this language. Let’s start with a quick review.

This tense is used to talk about universal truths.

The Earth is round.

It’s also used to talk about actions that occur regularly.

We go to the gym thrice a month.

The third-person singular is formed by adding an “s” to the end of the infinite verb.

He takes flowers to his mother’s grave.

We use this tense to talk about something that is happening at the moment of speaking.

It’s formed with the verb to be + verb-ing

This tense is used to talk about actions that began and ended in the past.

Add “ed” to the end of the infinitive form of regular verbs to form this tense.

I went to Barcelona last month.

You can talk about an event that began in the past and continued for a time in the past with this tense.

You generally find it in sentences with another verb in the past simple to show something that was interrupted.

I was taking a bath when the bell rang.

We use this tense to talk about events that will happen in the future.

It can be constructed using:

Next month I’m going to visit my aunt in Italy.

How to Identify the Different English Verb Tenses

That was a quick review of the verb tenses in English. Now let’s learn some keys to keep in mind to differentiate between them and to know when and how to use each one.

The Moment in Time When the Action Occurs

First, we need to identify the time in which the action of the verb is occurring. This is done with respect to the present time of the speaker.

For example, imagine that you’re telling a lady at the bus stop how your chemistry class went and that later you’re going to meet your friend Sonya.

“This morning I went to a chemistry lesson and now I’m waiting for the bus because I’m going to meet my friend Sonya in the park.”

I went to a chemistry lesson.

I’m waiting for the bus.

The Duration of the Action

Actions can begin and end at a certain moment of time or have a duration that extends through time. This happens in the past, present, and future. According to this characteristic, verbs can be simple or continuous, respectively.

Let’s continue with our example.

The Relationship With Other Verbs in the Sentence

Verbs are generally not alone but appear accompanied by other verbs. To know what time to use, we need to the time the story is located in. Once we know that, it’ll be easy to see the relationship between the verbs in the sentence.

Let’s consider our previous example. In the present, I’m at the bus stop waiting for the bus. So, the action of going to class, which happened before that moment, is in the past. Likewise, the meeting with my friend, which hasn’t happened yet, goes in the future.

On the other hand, the act of waiting for the bus is something that is happening continuously and will continue to happen until the bus arrives or until I decide to stop waiting. That is why we use the present continuous (am waiting).

The actions of going to class and meeting my friend, begin and end. We chose, then, the simple forms of these verbs instead of the continuous ones (went, going to).

We invite you to try to complete these sentences with the corresponding verb tenses. You can check your answers at the end of the exercise to see if you’ve done them correctly.

Do you want to keep putting your English to the test?

Do you want to learn English in a more entertaining way? Do you want to learn more about the grammar of verbs? Why don’t you try our online course? ABA English offers 144 free video classes and the same number of short films. These will help you learn English using our intuitive and natural method that highlights communication without sacrificing grammatical accuracy. What are you waiting for?