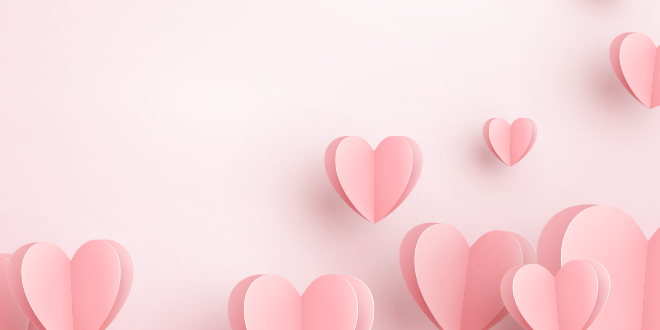 The most popular Valentine’s Day phrases to express your love

Valentine’s Day will be celebrated on 14 February. The couples of the world are already thinking about how to express their feelings and celebrate their love.

If romance still hasn’t knocked on your door, don’t be discouraged. This celebration isn’t restricted to couples in love.

In the United States, for example, children give heart-shaped cards to their friends and ask them, “Will you be my Valentine?”

This doesn’t mean that there are feelings involved. Maybe that person is someone special, like a BFF (best friends forever) and they just want to share this day with them. There are always those who use these cards to break the ice with their secret crush, though, with the hope that their love will be reciprocated.

The history of Valentine’s Day in the UK dates back to the 14th and 15th centuries. In those days, there was a popular belief that the birds began to mate on 14 February. As a result, they thought this was a suitable date to send love letters and gifts to the person who made their heart beat.

In Hamlet, William Shakespeare mentions a custom of the time in which the girls, after waking up very early in the morning, looked out the window to wait for their “Valentine.” The first man who passed would be their chosen one (or failing that, their victim 😅).

Would you like to learn some common Valentine’s day phrases in English used to talk about love this time of year? Do you have a secret crush on someone that you want to charm? Learn some of the most well-known phrases to express love in English.

1. To have a crush on someone

A crush is that initial attraction that you feel for someone, that strange feeling when you see someone you like, those butterflies in your stomach.

My sister has a crush on a friend of hers who lives far away.

Have you ever met someone and felt that instant “connection”?

You feel as if you could talk for hours… as if you had known them for a lifetime.

You don’t have to like them romantically. There just has to be good chemistry and you have to really get along well.

Both kids hit it off immediately.

This is when you begin to feel romantic love for someone. If you look at it literally, you could say that you’re tumbling into love.

It sometimes may seem like a person has really fallen out of a tree and hit their head. Maybe this is why we say that “love is blind.” Why else would they behave like that?

We can’t explain why love causes some people to lose their minds, but that’s how it works. What can we do?

My grandparents fell in love after World War II.

4. To love someone to pieces (informal)

Loving someone to bits is when you love someone too much. It’s a little exaggerated, right? But that’s not the intention.

It also means something like, “I’ll cut you into pieces so I can eat you up.” Don’t get us wrong, this is done with affection. It’s pure love.

Parents love their kids to pieces.

5. To be head over heels (in love) with someone

This is being madly in love with someone.

The literal translation doesn’t make much sense since saying “head over heels” seems more like a yoga exercise or a manoeuvre done by an acrobat in a circus.

The original expression was heels over head. This seems more logical since it’s like doing a forward roll. That happens with love; the world turns upside-down sometimes. Has that happened to you?

From the look on her face, you can definitely say she’s head over heels with that guy.

6. To pop the question (informal)

Ooh, how exciting! What every girl looks forward to, her boyfriend finds the perfect moment in an inspiring place, then kneels down and asks, “Will you marry me?”

Later the bride runs out and flees on a horseback… Well, that’s from a movie, but at the end of the day, it’s a risk you have to take and anything could happen.

He popped the question during their flight to New York.

7. To tie the knot/to get hitched

To get married, make a commitment.

Some might interpret this as tying themselves up and saying goodbye to their perpetual state of freedom (understood as the single life).

In reality, marriage is a commitment, a solemn pact, a union that is as firm as a strong knot.

The expression to get hitched has been used since the early 1600s for the action of tying a horse to a coach or wagon.

They’re tying the knot/getting hitched in a few months.

8. To have an affair

In English, the expression cheating is also used to describe when a person is seeing someone who isn’t their partner in a romantic or sexual sense.

While cheating may be a one-time thing, having an affair is usually a longer-term relationship with someone that isn’t your partner.

She found out her husband was having an affair and left him.

Puppy love or young love might be something that won’t last.

There are sometimes high school sweethearts who make it and go on to get married. That really is true love. Ahhhh… so sweet!

They’re too young to be serious. It’s just puppy love. 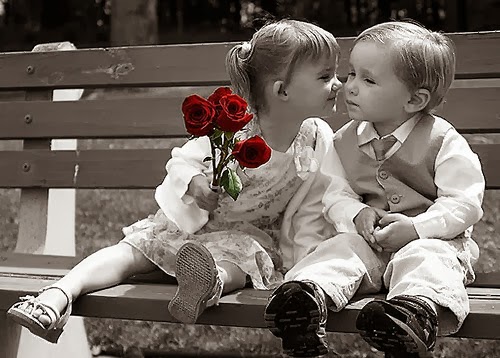 This is when you go out with someone, romantically.

Don’t forget that we use the word appointment to talk about a business appointment or when you go to the doctor. Unless you’re dating your doctor, of course…

Years after her divorce, she started dating again.

Have you ever gone on a date with an absolute stranger?

It’s always a risk. Only some people dare to go on blind dates. Are you one of the brave?

They met on a blind date and now they’re living together.

You use this when a relationship is in a delicate moment, on awkward, rocky ground.

When you order an alcoholic beverage, you can ask for it on the rocks (with ice).

In this case, the relationship could be considered “ice cold.”

Be nice to him. His marriage to Vera is on the rocks.

This is an informal expression for when a relationship has ended without mutual agreement. It’s when someone abruptly breaks up with you.

Nowadays, it’s very common to not even make a phone call to break up with someone. A simple text message might be enough to end a relationship.

What can we do? Not all relationships work out.

It shouldn’t matter who dumped whom.

14. To patch up (a marriage or relationship)

A patch is something you use to repair a hole in something, like a shirt or a bike tyre. In this case, you’re applying a patch to a relationship or keeping the relationship from falling apart.

Some relationships might look like a patchwork quilt. But in the end, they’re quite warm and nothing is perfect.

They’re constantly trying to patch up their marriage.

Have you learned enough? Did you know there were so many expressions in English to refer to love? You’re going to find so many more! We invite you to keep an eye on the lessons in our journal, in the app, and on the ABA English course. Sign up and you’ll become an expert in love … sorry, in English. We’re waiting for you!

I want to try the course.
I want to download the app.
2020-02-10
Share
Previous The best lessons from ABA English in 2019
Next How celebrities learn English