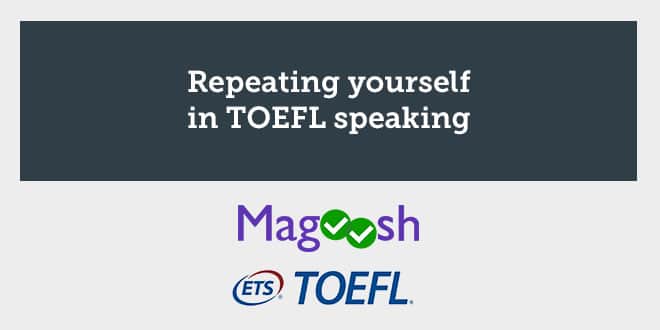 Repeating yourself in TOEFL speaking

*****
This post was written by David Recine, expert at the Magoosh TOEFL blog. For more help preparing for the TOEFL, check out Magoosh’s TOEFL preparation course.

Do you know any other tips to tell @abaenglish ?