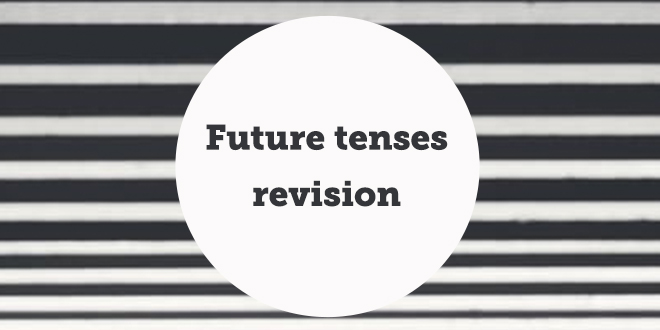 After being able to speak in the present and the past, we need to be able to express how we plan to do something in the future which is why we have brought you today’s post. Today’s aim is to review the different ways to express future plans or actions in English.

How to form the future simple

He’ll study traumatology if there’s a place on the course.

It’s important to try to use contractions when using “will” as this is the most natural way to speak for native speakers, so it is important that people who are learning English are used to this. In addition to this we must remember that the future is “will” followed by an infinitive without “to”.

I’ll probably watch TV tonight, but maybe I’ll go to the cinema instead.

I’ll probably fly to Paris in the afternoon.

Future with “will” to make offer

As well as using the future with “will” to express what we plan to do do, we can also use it to make offers. This can be seen in the following conversation:

Speaker 1: Do you want some coffee?

Speaker 2: I’ll get the brandy then.

Speaker 2: I’ll do the washing up then.

We can see that when there is intention to do something for someone else, the use of the future with “will” is the correct way to express this in English.

Future with “going to”

We use “going to” to express a future plan or action in English when we are more convinced that we will do what we say. In other words if I said “I am going to watch TV tonight”, it implies that I already know what is on TV and that there is a film that I would like to watch.

I’m going to fly to Paris and come back by train.

He’s going to study medicine when he leaves school.

We’re going to look for another house after the holidays.

Where are you going to spend your holidays this year?

We are going to fly on Saturday.

Future with the present continuous

Like the previously mentioned ways of expressing the future in English, we use this tense when we have no doubt whatsoever about what will happen or what we will do. In other words, we are certain that what we say will happen.

We’re having a party on Friday.

He’s finishing his medical studies in the States next year.

We’re looking at a new house on Saturday.

What is she studying at university next year?

Where are your spending your holiday this year?

I’m going to study the future tense with @abaenglish

How do we decide which tense is best to use?

As explained previously, the level of probability is less if you use “will” rather than the present continuous, however, if you use them in the wrong context, native English speakers will still understand what you are trying to say. Practise as much as you can and over time your use of which tense to use to express the future will improve.