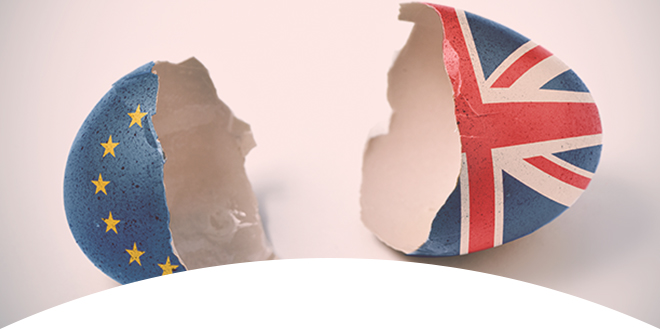 Brexit; How will it affect those who want to move there?

The United Kingdom along with the rest of Europe woke up to news last June 24th that nobody was really expecting: the United Kingdom as a whole had voted to leave the European Union. The extent of work involved in Brexit (a fusion of the words “Britain” and “exit”) negotiations is hard to fathom as we are in political territory that no country has ever been in before. In today’s article we are going to look in depth at some of the challenges facing British citizens living on the continent and more so the challenges faced by Europeans on the continent who want to move to the United Kingdom and what new barriers they will face as part of their journey.

If moving to the UK for work were on the cards for you, we recommend reading this article to further understand this situation.

What do we know so far?

It was confirmed by Theresa May not too long after the referendum that she planned to trigger Article 50 officially notifying the European Union of the United Kingdom’s intention to withdraw from it by the end of March 2017, but not before a few hurdles along the way. A court case was brought forward by a woman named Gina Miller who argued that the triggering of Article 50 should have to go through the British Parliament- she won. Thus the government voted on the issue and to no surprise the bill was passed by parliament due to the Conservative Party’s majority.

Leaving the European Union was never going to be easy, although it certainly seemed that the United Kingdom was heading for a “Hard-Brexit” when Theresa May confirmed that the UK would not only be leaving the European Union but also the EEA (European Economic Area), otherwise known as the Single Market . This market is one which allows for trade across Europe with no tariffs or restrictions making trading between London and Aberdeen as easy as London and Athens, in theory. There are many experts who claim that leaving the economic area will be disastrous for the UK economy and could plunge the UK into a deep recession with lots of job losses but this is something we won’t know until the UK leaves.

What challenges do Europeans who want to go to the UK face?

There are still many uncertainties on the journey to Brexit and one of the most worrying is the rights of European citizens who are already in the United Kingdom in addition to what the new process will be for people who wish to come to the UK to work. In the last couple of days the rumour mill has been churning non-stop indicating that Theresa May is poised to end free movement of European Citizens to the UK from the 15th March onwards.

This speculation is, naturally, causing a lot of worry for many people as it would mean that if they were to come to the UK after the supposed “cut off date” that they would not be guaranteed the right to live and work in the UK indefinitely which until now has been a right of all European citizens. The latest bombshell update came on the 1 March however, when the House of Lords rejected the government’s bill telling them to amend it to protect European citizens in the UK after Brexit so that British citizens in Europe would also be protected. Would the potential cut off date of 15 March still stand then? This was an embarrassing blow for the government who imagined that their bill would get through both houses of parliament with zero amendments having been made, although this was not the case.

So, what would European citizens need to do? Unfortunately because many plans are still in limbo, there are suggestions that Europeans would have to apply for work permits after Brexit that would only allow them to work in the United Kingdom legally for 5 years at a time, although the permit would be renewable. Additionally, there have been reports that new European citizens arriving from the continent after the alleged “cut off date” would no longer be eligible for tax credits, housing benefits or any other governmental support that is currently enjoyed by European citizens in Britain.

As no confirmations of this nature have been made, nobody knows for certain if these alleged plans will be put in place but there has also been a lot of questioning as to whether they are legal or not. In terms of the European Union, the freedom of movement of people should technically continue up to the day that the UK withdraws from the union so there certainly is argument there to say that the UK government could be in breach of European law if they were to try to implement such strong plans. Whether anybody tried to challenge such plans as illegal remains to be seen.

What about Britons on the continent?

As for British citizens living in various countries on the continent, the future remains just as unclear because no confirmations have yet been made about what their status will be. Like always, speculation takes hold and there have been indications that they may be offered European citizenship on an individual basis, which, if it were to happen, would definitely calm many people’s fears about having to leave the lives they’ve built up across the continent. Equally, many people, especially those who have lived and worked abroad in the European Union for years would most likely qualify for residency in their respective countries but this is most likely only on the guarantee that the British Government safeguarded the rights of current EU workers who are in Britain.

Due to Theresa May claiming that she will not be giving a “running commentary” on her Brexit plans, it’s hard to determine what the outcome of her plans will be until she releases more information. Furthermore, due to the fact that negotiations cannot officially start with Europe until Article 50 is triggered, it is difficult to distinguish the possible economic outcomes that may lie ahead for the UK after the European Union. What is clear is that the United Kingdom will leave the European Union as well as the European Economic Area but how the rest turns out…

We will just have to anxiously wait and see.

To be on the cards = To be going to happen

Tell @abaenglish what you think of #Brexit ! Do you want to go to the UK to work?