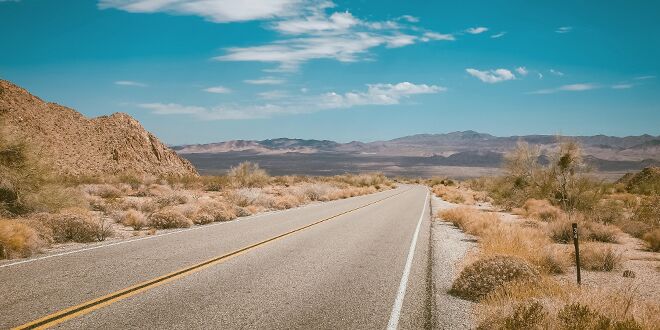 When we think about the United States, what tends to spring to mind? New York? Los Angeles? Las Vegas? Probably one of these or perhaps the Statue of Liberty or the Grand Canyon. America, however, has so much more to offer than just huge overpopulated cities. Today we are going to have a look at some smaller cities which are hidden gems in their own right that should try to be visited before they become too busy and lose their charm.

Let @abaenglish know if there are more hidden gems

Texas is home to a few of the largest cities in the country but none of the others are quite as exciting as Austin. Normally living in the shadows of its fellow state’s larger cities Houston and Dallas, Austin has so much to offer! It has such a booming live music scene. It even claims to be the live music capital of the world and has been holding on to that title for more than a quarter of a century.

In addition to the awesome music and nightlife, you will also find an abundance of natural beauty in Austin, including the Barton Springs Pool in Zilker Park which is filled with water from a nearby spring. This is a very popular attraction the whole year round as the pool maintains a steady temperature of 20 degrees celsius or 68 degrees fahrenheit. It is very popular with locals and tourists alike.

The largest city in the mid-southern state of Tennessee has a lot to offer indeed but is probably best known for its biggest export- Elvis Presley. Every years, millions of his fans make the pilgrimage to his home there called Graceland as a sign of respect.

Not only is there Graceland and the music famed Beale Street but a variety of hidden gems to uncover if you go further afield. During the Civil Rights Movement of the 1960s, Memphis played a big part, therefore taking yourself down to the National Civil Rights Museum is definitely worth it to get a true understanding of how it was. The city is definitely worth a music and history visit.

This city in the North Mid-western United States is most famed for housing the Mall of America, the largest shopping mall in the U.S. which attracts many shoppers from all over, but there is so much more to this city than just great shopping. Apart from having a shop till you drop scene, the art and history sector in Minneapolis is booming with many different museums and galleries offering various exhibitions.

If you are a fan of everything from shopping to history to art but without the fus and hustle and bustle of New York, then Minneapolis is for you. Just remember that in Winter, it’s freezing!

If you’re wanting an easy to get to city that has everything but without the fuss and stress of the big cities, then look no further than Charlotte, North Carolina. This international hub airport is very popular with passengers continuing their journey without actually stopping for a few days to appreciate what Charlotte has to offer.

There is much of the same as most cities but what makes Charlotte special is its breweries and distilleries which offer sampling tours. This is an ideal place for someone who enjoys a tipple and appreciates a good well crafted spirit.

A fan of golf? Then look no further as Charlotte will spoil you as there are so many courses to choose from. This really is the ideal city for those who want to do a bit of everything from culture to all forms of recreation. We definitely recommend it.

Located in the centre of northern California, Sacramento is the state capital and home to just under half a million people. Generally thought to be living in the shadows of California’s other three big cities; Los Angeles, San Francisco and San Diego, Sacramento is actually an awesome city in its own right.

If you love a bit of history and in particular technological history, it is home to the Railroad Museum as well as the Wells Fargo History Museum, both of which are very interesting. In addition to that the nightlife is good too because of the young population. You won’t be disappointed

Which one should you choose to visit first?

Wow! That’s a difficult one! The choice is yours but we definitely think that you should try to get to them all.

If you have already been to any of these, we would love you to tell us which ones and what you loved about them. If you could add more hidden gems to this city,

Happy travelling and remember if you’d like to continue learning English, sign up to our course! It’s completely free and you will be able to access all our grammar video classes and the first complete unit of every level from the very beginning.