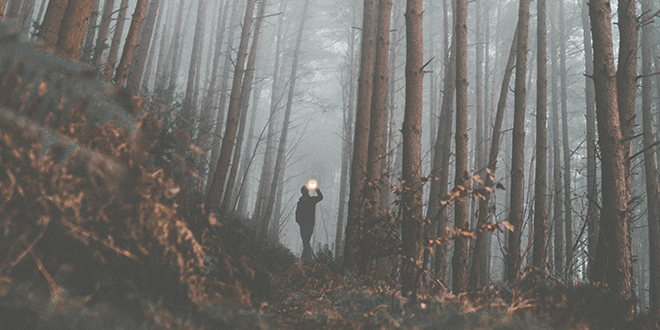 Rule number one for the horror film industry: provoke an emotional reaction in the public. Whether the story line of the film is based on real life events or not, the real purpose of these types of films is to awaken our deepest fears.

Today we want to suggest watching these terrifying movies to practice a little English. As soon as you let yourself get absorbed by the suspense and atmosphere of the film, you will not need to focus that much on the dialogues between the actors, which tend to be a lot slower that in other movie genres.

So let’s discover 7 great horror films that you’ll definitely become obsessed with. We dare you to turn off the lights, close the doors and get ready to scream.

Family, religion, faith, superstition and a growing anguish in a film set in a New England forest in 1600. The film is accompanied by a dark gothic soundtrack and exceptionally good sound effects. This film is not your typical “blood and gore” type film. To what extent can faith bring you closer to God? What lies within the occult?

The girl with all the gifts

If you like zombie films, this one’s for you! This film by Colm McCarthy tells the story of Melanie, a girl locked up in a military research center. Melanie and other hybrid children are infected by a fungus that turns humans into zombies. However, what distinguishes her from the rest is her humanity, which contrasts the feeling of desolation and eeriness that prevails throughout the story.

What is a taboo subject to you? Racism? Sex? Ethics? In this movie, they touch on all of the controversial subjects we all deal with, day to day. He’s black, she’s white: they have only been together a short time when she invites him to spend a few days at her parents’ house, to meet them. Immediately tensions rise between the couple and situation gets slowly more challenging for the two of them. The family’s back story is definitely something that no one would expect. An interesting film which encourages you to reflect on the social integration of African Americans in the USA.

A cure for wellness

Set in the castle of Hohenzollern, “a cure for wellness” tells the story of Lockhart, a young broker who must return his Director General of his company back to New York, who had taken refuge in the Swiss Alps to rest in a center for well-being. However, upon arrival, Lockhart has an accident and is forced to prolong his stay, which leads him to discover a rather sinister side of the town and its inhabitants.

Could there be anything worse for the protagonist of a horror film than being deaf and mute? Probably the reason she chose to live alone in the forest, where she retired to write her novel. The simple but ingenious plot of this film is accompanied by an increasing sensation of fear, thanks to the sound effects of the film. Or rather, lack thereof.

Have you always been afraid that there were creatures hidden in the corners or under your bed? Were you afraid of the idea of being alone in the dark? Get ready to relive the (more or less irrational) fears of your childhood with this tension-filled horror film, which was originally a short film, with over 100 million views. Before watching the film, we recommend that you test your bravery by watching the original version.

Obviously the list cannot be complete without including the all famous “IT”. The story follows one of the most evil clowns on planet earth, thanks to the brilliant mind of Stephen King. This film, which has caused nightmares for both young and old for years, plays on everyone’s primordial fears. How can a simple clown cause so much terror?

If you’ve managed to watch all the trailers until the end, you just have to choose which film to start with. Remember that a film is a great option to improve your listening comprehension and expand your vocabulary. If you want to review a little English before your appointment with the blanket and sofa, click on the following button to sign up as a free ABA student and get access to 144 video classes ranging from beginner to business levels. Don’t wait any longer to start improving your English!

Get access to 144 free video classes!
Learn more English for free with our free app
2017-10-26
Share
Previous How does the language we speak influence our personality?
Next Clear Enunciation in IELTS Speaking