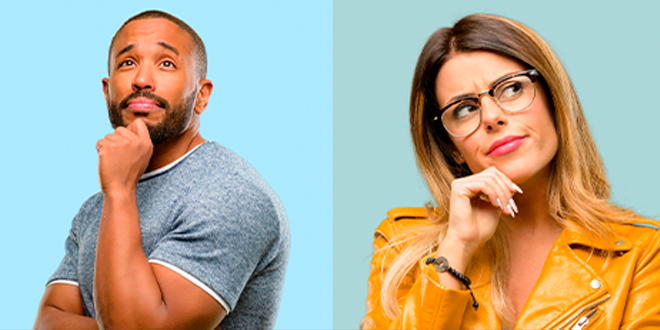 People is or people are… is people singular or plural?

English can seem very simple sometimes. When we’re beginning to speak English, we tend to think that we only have to translate what we want to say word for word, in the same order, and all problems will be solved.

Even though literal translations are acceptable and are also very useful for learning English, they’re not without their difficulties. In many cases, things are simply not said the same in both languages.

It is people is or people are in English? @abaenglish will clear up your doubts once and for all!
Click To Tweet

Now we’ve arrived at the point that concerns us today: should you say “people is” or “people are”?

Keep the following in mind: in some languages, the word people is a singular, indeterminate group of humans. In English, that simply isn’t true. The word people in English is actually the plural of person. Persons can also be used sometimes.

When do we say persons?

To be able to understand the contexts in which you can use the word people and to use it correctly (and whether it’s followed by is or are), let’s start by quickly reviewing the use of person, persons, and people. Person is a singular noun. We use it to refer to any human being.

Diana is a very emotional person.

Even though it’s the plural of person, persons is rarely used. It’s considered very formal and is used mainly in legal contexts.

Persons with a foreign passport must hold a visa.

People is also the plural of person. It’s the word that most often used when referring to a group of people.

The manager interviewed several people for the position.

So, how do I refer to a group of people?

Well, don’t stress! If you’re translating from your native language, you can use the word people to signify a group of people. The important thing to remember is that the conjugation will always be people are. Look at these examples:

People are usually aware of the rules.

The same rule applies to the past. We say people were (plural) and never people was.

The people were happy because it was a long weekend.

Keeping in mind what we’ve learned, you simply have to apply the same rules when forming questions. People is a countable noun. So, for example, if you wanted to ask about the number of people in a certain place, you would use how many.

How many people are there in the house?

There are four people in the house.

To mention that there’s only one human being, you use person.

There is one person in the class.

Let’s look at some more examples:

People are not visiting the mall lately.

Were there any people in the swimming pool?

As we mentioned, the ideal plural for person is people, since the expression persons is considered archaic. It’s a word that is widely used in legal documentation, though.

Persons under 21 years of age are not allowed to access this place.

Similarly, the word individuals is rarely used in spoken English and is restricted to official documents.

In the previous example, we might be testifying in court that we saw these individuals as part of a trial. It wouldn’t be something you would say in a casual conversation with friends. If we want to express the nationality of a group of people, we can use their nationality (German, American, Colombian) + people, or their country of origin:

We use peoples when talking about different ethnic groups or about the human race in general.

Have you learned enough? Now, the next time someone asks you this question, you’ll know how to answer. Just remember that “people” and “a group of people” will always be people in English and that you should always conjugate it as a plural: PEOPLE ARE.

English grammar poses a lot of challenges. In the end, these are something exciting and fun waiting to be discovered. Don’t miss out on the opportunity to learn English this year with the courses from ABA English. It’ll be a life-changing experience.

Subscribe Download the app
2020-01-22
Share
Previous Express your New Year’s resolutions in English and… make them happen!
Next What are the parts of speech in English?