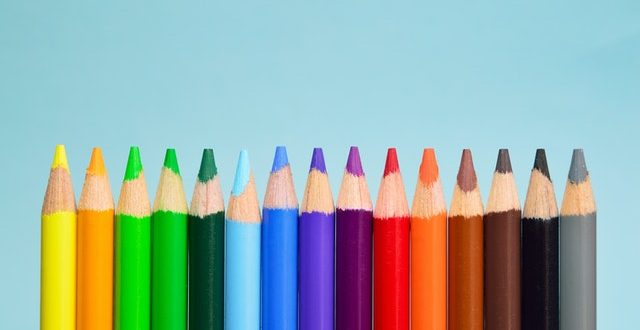 What would the world be like without colours? We’d have a pretty grey landscape, in every sense of the word. In this beginner-level lesson, we’ll show you how to say the colours in English, from basic colours to the more interesting combinations.

These days, there are many different classifications of colours, which are all very fascinating.

We’ll start with the traditional RYB, primarily used in the plastic arts. In the classic model, the following primary colours are used:

By combining these basic colours, you can get new colours, like these:

There’s another system called CYMK, also known as “subtractive synthesis of colour,” which establishes the primary colours as:

Black comes from the combination of all the other colours.

Although it may seem incredible, our vision is trichromatic. This means that we only perceive 3 colours: green, blue and red, and the rest are all combinations generated in our brains.

Discover the world of colours in English with @abaenglish!

The Colours of the Rainbow

Other Important Colours in English

Being familiar with other colours in English will allow you to describe the objects you perceive more precisely. Here are some of the most common:

The tertiary colours come from the combination of primary and secondary colours. We’ll share a few here:

Colours with Specific Names in English

From the combinations we’ve shared with you, new names sometimes arise, often based on things like plants, fruits, metals and gemstones.

We’ll share some of the names of these colours next:

Colours with Strange Names in English

Useful Expressions to Talk about Colours in English

Now that you’ve learned quite a bit about colours, it’s time to put that knowledge into practice through a few expressions and questions you can use in your daily life.

What is your favourite colour?

What colour are Julia’s shoes?

How do you spell ‘white’ in English?

To describe the shade of a colour, you can use the words light and dark, respectively.

We hope that you’ve enjoyed this lesson. Remember that with ABA English, you can perfect your English vocabulary regarding colours and many more topics.

Learn English in a fun, dynamic way with us and join our over 30 million students worldwide.