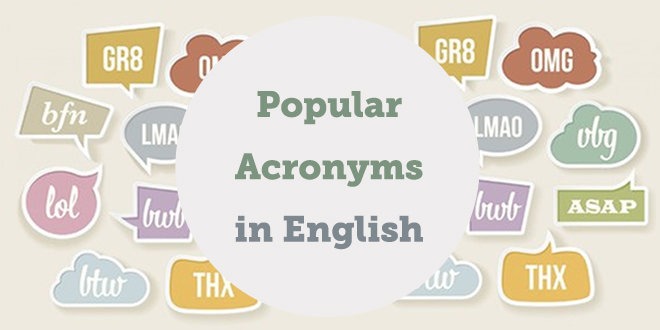 How are YOU all today?
Since English is one of the most widely spoken languages in the world, it is spoken in many different countries and in many different ways. An important aspect of languages which we need to take into account is that they are always evolving.
That said, many new English acronyms have evolved as part of English, and are widely used online on both social media and messaging.
What is an acronym? In short, an acronym is an abbreviation formed from the initial letters of other words and pronounced as a word. Acronyms may also contain numbers.

Today let’s look at some of the most common acronyms used in English so you can start practising them yourselves!

AFAIK – As far as I know

LMAO – laughing my ass (or arse) off

OMG, thx @abaenglish, this is so GR8 to learn #acronyms! xoxo