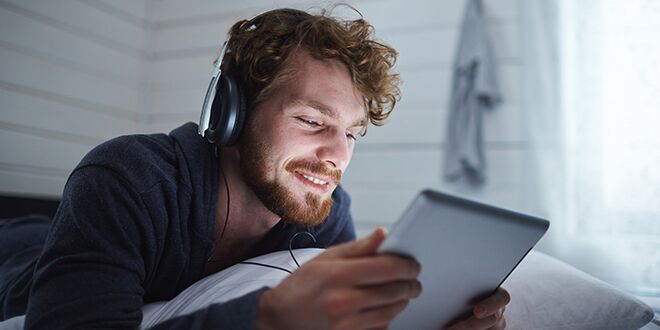 5 series to watch to perfect your British accent

As you know, English is a language spoken in many different countries. So it’s normal for accents and vocabulary to change according to the variant of the language. De gustibus non est disputandum! There’s no accounting for taste!  Here at ABA we like all the subtleties of the language, but today’s article is dedicated to the British accent.

If you can’t travel to the UK (or spend some time there), the best way to train your ear to get used to this accent is to listen to it. Watching videos, TV series or films is ideal because it helps you to put what you are hearing into context; even if you don’t know all the terms used or you miss fragments of the dialogue, you will still be able to understand what’s going on. Each series has its own distinctive features, which vary depending on the series. Once you get used to the accent and cadence of each character, you can train your English non-stop, or at least for the length of the seasons of the series you choose; not bad, right?

The series Netflix has spent the most money on up to now could only be about the life of Queen Elizabeth II. Each episode lasts an hour and charts her life from her marriage to Prince Philip in 1947 to now. If you like historical dramas, The Crown is the one for you: you’ll learn about post-war historical events and gain a better understanding of the political rivalries and personal intrigues of the main figures in English contemporary history. All this with an English accent fit for a queen!

Seasons: at the moment there’s only one, but another 5 are in the pipeline.

Episodes: 10 in the first season

We’re in early 20th century England with the Crawleys, a family caught between the old and the new. The 6 seasons include nobles, counts and an array of valets, butlers and cooks whose lives intertwine and become entangled in a series of events revolving around Highclere Castle in the Yorkshire countryside. Going into any more detail about the events of this series would be like giving you spoilers. If you are one of those people who can’t control your curiosity, Downton Abbey could be dangerous, especially since it is made up of a whole 6 seasons.

Episodes: 7 in the first season, 9 in the following seasons.

If you are one of those people who can’t control your curiosity, Downton Abbey could be dangerous…

Who hasn’t heard the name Sherlock Holmes? There are quite a few films and series about the literary character created by Arthur Conan Doyle, but we prefer the BBC version. John Watson and Sherlock Holmes still share an apartment in Baker Street, have a habit of squabbling, and solve crimes together, but the setting has changed. We are in the 21st century, with everything that brings: a Sherlock glued to his phone, the use of advanced forensic science and even the publication of articles and discoveries on a blog, The Science of Deduction, which also exists in real life!

Episodes: 4 in the first, third and fourth season, 3 in the second

Broadchurch is a quiet little village on the Jurassic Coast. Life goes on undisturbed until the discovery of a terrible crime. At that moment, everyone suspects each other and is under suspicion, but they try to mask doubts and skeletons in the closet behind cordiality and affable smiles. In charge of the investigation are Inspector Alec Hardy and Sergeant Ellie Miller; one sent from the city, the other close to the family of the victim. This isn’t your typical police drama: it’s a mind-bending tale with a touch of Hitchcock that will leave you on tenterhooks, with a growing sense of disquiet. This effect is probably increased by the fact that the actors themselves didn’t know who the killer was until just a few days before the revelation during filming.

Episodes: 8 in each season

With this series we’re changing genre completely. Using a fake documentary format, Ricky Gervais and Stephen Merchant depict the daily life of a typical modern office. We’re in Slough, near London, and between desks and phones we find Gervais in the guise of a pathetic boss, and a series of characters and situations we can identify with… or not. The main feature of this series is the truly British sense of humour which, unlike other comedy series, has no laughter track in the background. Love it or hate it.

Episodes: 6 in each season, and 2 extra episodes

Have you seen the trailers? What series interests you the most? If you feel like you can’t understand anything during the first few episodes, don’t be discouraged: this is completely normal. But don’t give up, and watch with subtitles if you need to.