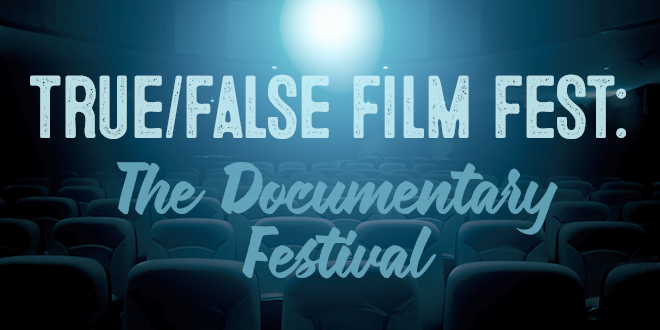 Many of us love the cinema and claim to be movie buffs, but this does not mean that we are aware of all of the film festivals that take place around the world. While we are definitely aware of the most famous – such as Cannes, Sundance, San Sebastian, Venice, and Berlin, among others – perhaps only a certain percentage of film lovers know about the True/False Film Fest.

This festival has been held in Columbia, Missouri since 2004. Over the years it has grown in both the number of attendees as well as the number of documentaries presented. Do you want to know more about this festival? You have come to the right place. Let’s start!

The True/False Film Festival was started by film directors Paul Sturtz and David Wilson. They created the festival in order to celebrate the new wave of excellent documentaries.

At first the documentaries were screened in three neighboring cinemas in Columbia, Missouri. The most emblematic of these cinemas was the Missouri Theatre, which was constructed in 1928 but which had not been used to screen films for almost 15 years before the festival began.

The idea of the festival was based in a desire to showcase documentaries as a response to the legacy of excellent journalism in the city.

In its first year, producers and directors from all over the world participated in the festival. It has since established itself as one of the most renowned events in the world as far as documentaries are concerned. It has even been extended to include other arts such as music and decorative arts.

What Awards Does the Festival Give Out?

Other film festivals award different branches and categories of the seventh art, but the True/False Film Festival only awards a single prize: The True Vision Award. This award recognizes and celebrates the dedication and professionalism of a director and/or their team in the field of nonfiction cinema.

This year the award will be given to Dieudo Hamadi, who, while young, has a brilliant career. He has dedicated himself to documenting the social realities of his country: The Democratic Republic of the Congo.

In his documentaries he portrays and explores the ways in which humans have responded to the systems that manipulate and repress them.

The festival will screen his latest production Kinshasa Makambo, a documentary that reveals the current situation of the DRC in a tense and perceptive way. It shows how brave, determined, and revolutionary young people are fighting to rescue their country from the regime in which they live.

If you want to see a preview of the documentary, you can find it here:

When Does the Festival Take Place?

There is no fixed date for the festival. It tends to be held towards the end of February or the beginning of March, with screenings available from Thursday through Sunday night.

The documentaries are screened in different locations around downtown Columbia, including the Ragtag Cinema, Jesse Hall, and the Missouri Theatre Center for the Arts. The other branches of art that participate in the festival are hosted in distinct locations that also tend to be concentrated in the center of the city.

How Can I Attend?

If you plan on attending the True/False Film Festival, the best option is to buy a pass. There are a wide variety of passes to choose from, depending on the type of access you want to have. The prices range from $35 to $975.

Once you have your pass, you can check the program to see the times and places where the documentaries will be screened, as well as the other music and art events included in the festival.

Another interesting way to be a part of the festival is to apply to volunteer. The festival has two levels of participation for volunteers: General and Juggernaut. General-level volunteers offer up to 20 hours of their time to the festival while juggernauts offer 40+ hours. The advantage of being a volunteer is that in exchange for your time you will receive special passes to attend festival events for free.

If you are interested, you can take a look at the application page and start preparing for this film lover’s adventure: Application page

If you like documentaries and want to attend this festival or if you are interested in seeing some of the films that are going to be presented in the festival, it will be very useful to practice your English. So, go ahead and join ABA English, which has all of the tools and the method to help you improve your English. Since you are a movie fan, you will surely enjoy learning English through the ABA English short films, which have been especially designed to help you learn naturally and effortlessly. Go for it! Join ABA English! And we’ll see you at the True/False Film Fest!