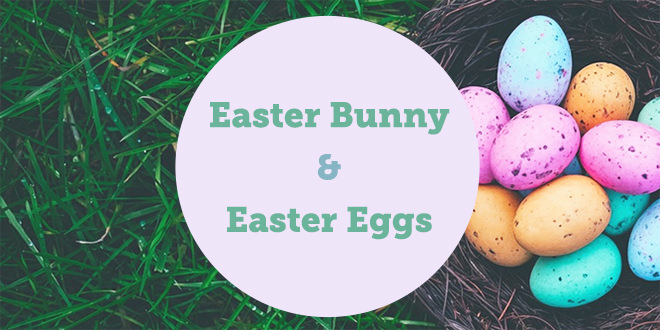 Hello there! Holy Week, just like Christmas, is an important religious holiday in countries with Catholic customs. But how do we celebrate this tradition in Anglo-Saxon countries like the UK or the United States where Christian customs are so different from those of southern countries?

Let’s find it out togehter! Also, you will learn new words!

The bunny that gives Easter its name

The English term Easter comes from the pagan goddess Eostre, worshipped by the Saxons as a protector of fertility and new life. The goddess Eostre was represented by a hare, or bunny, hence how we got the famous Easter bunnies in English. By around the 8th century, the Anglo-Saxons had already adopted this name for the celebration of Christ’s resurrection.

Why do we give Easter eggs? According to pagan tradition, eggs symbolize the start of a new life, a new life that is reborn in spring and celebrated with the festival of the equinox. Giving eggs at Easter is a centuries-old custom. It was originally pagan but was later adopted by monotheistic religions. In many cultures, eggs were painted and decorated. From this tradition come works of art like the porcelain Fabergé eggs, adorned and embedded with jewels as commissioned by the Russian tsars.

In Easter Sunday in Anglo-Saxon countries like the UK or USA, it’s customary to have an Easter Egg Hunt with children looking for hidden Easter eggs. Families hide chocolate, painted or plastic eggs filled with treats in their garden or around the house. The children, who think the eggs come from the Easter Bunny, try to find them. Smaller children hide a basket in the garden for the Easter Bunny to leave eggs or other gifts in.

Traditionally celebrated on Easter Monday, the “Easter Egg Roll” (rolling or pushing an egg) is a very popular old game in Anglo-Saxon countries like the UK. After the Easter Monday service, children run down a hill with decorated eggs, trying to be the first ones to get to the bottom without losing their egg. The winners get a chocolate prize.

Although they can be found throughout the year in Anglo-Saxon countries, Hot Cross Buns are slightly sweet spiced buns traditionally baked on Good Friday.
There are many superstitions about Hot Cross Buns. The most popular one is that eating a hot cross bun with friends on Good Friday means that the friendship will last through the next year.

A goddess – a female being who is believed to control the world or part of it, or represents a particular quality.

To worship – to show respect and love for a god, especially by praying in a religious building.

A hare – an animal like a rabbit but larger, which can run very quickly.

Equinox – one of the two times in a year when night and day are of equal length, occurring about March 21 and September 22.

To embed – to fix or become fixed firmly and deeply in asurrounding solid mass.

Customary –  something that is customary is normal because it is the way something is usually done.

A treat – something special that you give someone or do for them because you know they will enjoy it.

To roll – if something rolls, especially something round, or if you roll it, it moves along a surface by turning over and over.

A service – in this context, a formal religious ceremony, especially in church.

Bottom – in the lowest place or position.

To bake – to cook something using dry heat, in an oven.

Learn more about the pagan traditions of #Easter with @abaenglish

aba ABAenglish celebration Easter eggs holiday 2016-03-21
Share
Previous Learn English with Songs – Sorry by Justin Bieber
Next Do You Need to Think in English on the TOEFL?