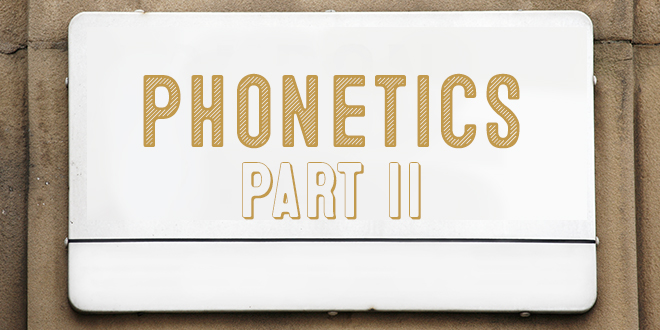 Back by popular demand, this article follows on from our recent blog “An Introduction to Phonetics”. You will remember that the English Language contains 44 separate sounds and some of them are unique to the English language. This can be very challenging and confusing for learners of English.

Thanks to this new series, phonetics enthusiasts will be delighted to discover new phonemes and their sound as well as the secret to better pronunciation.

It’s important to learn a few sounds at a time and today we are focusing on two popular sounds.

The phoneme /ə/ also known as the Schwa

It is the most common vowel sound in English and not using it would lead to pronunciation errors.

Dubbed the “lazy vowel, all you need to do to reproduce it is to relax your lips, jaw and neck. Drop your jaw a little and there you’ve got it! “uh” “uh”

The Schwa sound tends to be associated with “er” ending words such as:

However, it is worth noting the differences in pronunciation between different types of English.

Rhotic is used for describing an accent in which the speaker pronounces the letter ‘r’ after a vowel.

Every vowel may sound the /ə/ sound but not always!!

The following words do have the Schwa sound:

It can be tricky to identify the Schwa sound vowels. Practise your listening skills and check the phonetic transcription in dictionaries and I’m sure you’ll get the hang of it!

This is a short voiced sound, voiced means that we are using our vocal cords, we are making a sound. This sound is usually associated with the letter “a”.

It can be at the beginning of the word:

Or within a word:

Be aware that in American English, some words use the /æ/ sound whereas they don’t in British English, for example:

Knowing and using these two phonemes will change your pronunciation forever! Next time you watch an American TV series or you listen to an English podcast, pay attention to those two sounds in particular and try to replicate them!

SIGN UP FOR FREE TO OUR COURSE
DOWNLOAD OUR APP FOR FREE
2017-10-19
Share
Previous Live classes – Official exams: listening section
Next Where are the different accents in Game of Thrones from?