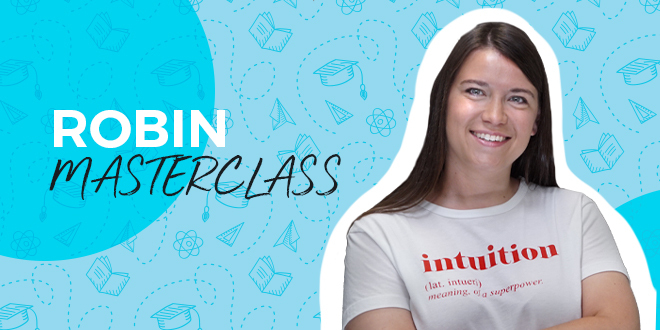 What does “homophones” sound like to you? It’s not a musical instrument, an exotic communication device, or something related to homo sapiens 😃. If you analyse the root of the word, you’ll see that “homo” means “same” and “phonos” means “sound”.

In other words, homophones are those English words that are pronounced exactly the same, even though they’re spelt differently.

Below you’ll learn 20 pairs of homophones in English that might surprise you. Maybe you’ve been pronouncing them differently or had no idea that they have the same sound…

One way to practice and learn pairs of homophones is by using a sentence that includes both words.

The best way to weigh food is by using a scale.

Taking the stairs is good exercise, but you should watch your step.

You don’t have to stare (look at them for a long time), but you should at least be careful.

Do you know the word hare in English? In fact, few people know this word since rabbit is more widely known.

Rabbits and hares are similar, cousins so to speak, so you may get them confused. Now you know how to say hare, the funny thing is that it sounds just like hair. Could a hare have any more hair? 😂

Flower and flour have nothing in common except for their pronunciation. You might have been pronouncing them differently. Are we right?

Are you bored? We recommend playing some board games, which is a good way to spend time with your friends and family.

Learn some of the most popular homophones.

The word male is often used in online forms to indicate the sex of a person, like when filling out a CV (curriculum vitae).

In feminine, the word is female. These expressions are also used to talk about the sex of animals and plants. Curiously, male sounds exactly the same as the mail you send out in the post office.

So… Are you going to sew your socks?

During a recession, it wouldn’t be strange to try and repair that hole that usually appears in your socks, would it?

There are so many opportunities to use the expression so in English. For example, you can use it to emphasise a certain quantity or quality of something:

I have so much work!
She’s so beautiful!

It also can mean “then” or “therefore”:

I ate too much so I couldnʼt sleep well.

On the other hand, sew means “to join using stitches” and is pronounced in exactly the same way.

Tongue twisters are a great way to learn. So, try practicing these two homophones in English by using the following phrase:

I ate eight apples on the eighth of the month.

Remember that you can also download our app, where you’ll find a great number of varied lessons that allow you to practice English from the comfort of your mobile, tablet, or laptop.

Michael Schumacher was the one who won the prize at the F1.

Do you know this great sportsman? He won a lot of F1 competitions. Unfortunately, a skiing accident has kept him away from the racetrack.

The past tense of win is written won. It’s easy to remember this one since the winner is always the number one.

The Sons of the Sun have appeared in literature, films, and comics over the years.

In English, homophones can occasionally cause confusion, but the best way to understand the word that you hear is from the context.

The expression dear is not only used to start a letter or a diary entry, but it’s also used to express affection since it means “beloved”.

If you were to write a letter to your friend the deer, you could begin:

Well, it might seem redundant, but they happen to be pronounced the same way.

Eye and I are pronounced the same way.

It is often said say that the eyes are the window to the soul. What do your eyes say?

Another word that you might not know is feat, which means “an extraordinary act” or “exploit”.

The plural of foot is feet, which are words that are also used in the American system of measurement. This also includes yards, inches, and miles.

These homophones are often confused, even by native speakers.

Fourth is an ordinal number that corresponds to four while forth means “forward” like in the expression:

If you have been lost, you know what to say. Would you like to keep learning new expressions?

In this case, the words have the same pronunciation. The w in whole isn’t pronounced. Whole means “all” or “complete” while hole is an “opening” or “cavity”.

If we donʼt protect the whole planet, we’ll fall into a hole.

Grown is the participle of the verb grow and groan a “grunt” or “complaint”.

In some languages, you have to pronounce every letter you see. In English, omitting some letters is common, as we saw with whole.

In this case, the k is not pronounced, so knight will sound the same as night.

If you want a perfect waist, donʼt waste your time eating junk food.

As with whole, you have to leave out the sound of the w, so write and right will sound the same.

It’s your right to write about human rights.

We’ve learnt a lot, haven’t we? Try practicing the sentences with the pairs of homophones so that you can better assimilate the sounds and their meaning from context.

If you like podcasts, stay tuned to our blog to hear more about the most commonly used homophones in English, even if you’re still a beginner. You can also download our app to perfect your English on a daily basis.