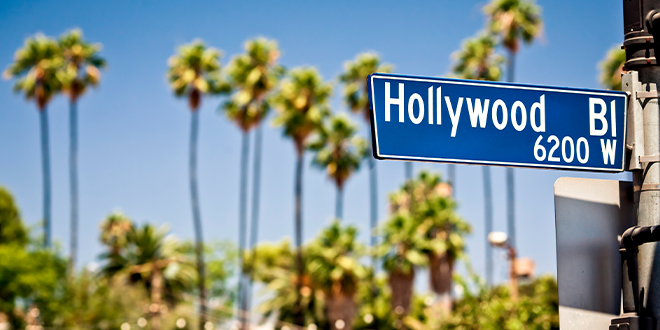 Hollywood cinema moves millions of dollars every year. Their productions reach across borders and all actors and actresses dream of being part of this mecca of the industry.

To participate in a great film, share dressing rooms with recognised stars, and, why not, be the inspiration for a world-famous director like Scorsese, Tarantino, or Woody Allen. This is the dream of many.

But reaching this goal can seem impossible – even more so for foreigners whose native language is not English.

When we see celebrities like Antonio Banderas, Sofía Vergara, or Penélope Cruz speaking English so calmly in their films, we might ask ourselves, “How did they do it? How can they be fluent and confident in English if it’s so hard for me?”

The truth is that these actors, like the rest of us mortals 😊, have had to work hard to learn English. Perhaps at first, they slurred a couple of words, made a lot of mistakes, and had a hard time sustaining a basic conversation (as has happened to all of us), but that didn’t make them give up. On the contrary, they believed in their goal, they persevered, and in the end, they succeeded.

Do you want to hear some testimonials from celebrities who learned English? We’re going to share them with you here.

I want to learn English.

The famous Spanish actor Antonio Banderas, currently nominated for an Oscar for his role as Salvador Mallo in Pain and Glory, is a clear example showing that to learn English, you need a lot of determination. But above all, you have simply got to believe in yourself.

When Banderas took part in the production of The Mambo Kings (1992), he found learning English to be an uphill battle. He used to study English for eight hours a day in an academy and felt that he wasn’t progressing enough. According to Banderas himself, he had to recite his lines phonetically from memory (without understanding exactly what he was saying). To communicate with the director, he had to use a simultaneous interpreter.

Banderas remembers that to participate in this film, his agent sent him to London for an interview, and, of course, it was entirely in English. Banderas learned only three sentences: Yes, of course, and I can do that.

While the other person spoke fluently, Banderas only nodded and repeated the expressions. Even though it was clear that Banderas didn’t speak a word of English, nothing prevented him from travelling to New York and joining the team of this famous film, which would open the doors of Hollywood to him.

The Spanish star Penélope Cruz has been very successful in recent years thanks to roles in which she has had to use English, but she hasn’t always had it so easy.

Originally from a small town near Madrid, Spain, the idea of success in Hollywood wasn’t a realistic goal, especially without knowing English. Penélope has admitted in several interviews that since she studied French in secondary school, English came later and she struggled to learn it.

After getting her first English role in the 1998 film Hi-Lo Country, Penélope still couldn’t speak much English and memorised her scripts word for word even without knowing what they meant.

Obviously, as her career progressed, she received more help to perfect her English. This is how she managed to become the first Spanish actress to win an Oscar in 2004 for the movie Vicky Cristina Barcelona and to have her star on the Hollywood Walk of Fame.

When asked the secret of her success when it comes to learning English, Penelope replied that learning phonetics was fundamental for reading the scripts.

The most recognised Brazilian actor in Hollywood has participated in films such as 300, Ben Hur, and Pelé: Birth of a Legend. He didn’t learn to speak English until he was 27 years old.

Santoro admits that in the beginning, he barely knew how to say basic expressions like “The book is on the table” or “Where is the restroom?” That’s clearly insufficient for the film industry.

Faced with the challenge of participating in different productions in the United States, Santoro decided to live in North America for some time to study and really improve his English.

Although his native language is Portuguese, English has been the key that opened the door to Hollywood; an experience that has transformed his life forever.

Actress Mila Kunis has such perfect English that few know that she was actually born in Ukraine.

In 1991, when she was just seven years old, her parents decided to move to the United States with her and her brother Michael. They wanted to escape what they thought was anti-Semitism in Ukraine and seek a better future for their children.

Kunis will always remember that her first day of school in a foreign country, saying it was like being blind and deaf at the same time since she didn’t understand either the language or the culture.

After two years in the United States, Kunis’s father enrolled her in acting classes at the Beverly Hills Studio. Soon after, she got small roles in some ads that led to her adventures in the world of acting.

Mila had to work tirelessly on her English even though she spoke Russian at home with her family.

Today, she’s a very successful actress and has appeared in television series such as That ‘70s Show and films like Black Swan.

In the difficult world of Hollywood, speaking English was necessary for Mila, and it was certainly worth it.

Mila Kunis and Penélope Cruz did it. You can, too, with help from @ABAEnglish!

These celebrities are great examples of how you can overcome the barriers that stop you from speaking English. Whether you speak Spanish, Russian, or Chinese, nothing can really prevent you from learning English if you really want to.

Remember that ABA English is here to help you improve your English level and achieve your goal of speaking English fluently. We have a complete online course with 144 units from beginner to business level. What are you waiting for?

I want to register.
I want to download the app.
2020-02-10
Share
Previous The most popular Valentine’s Day phrases to express your love
Next How to say dates in English