It’s Friday and that makes everyone at ABA English think of Rebecca Black.

Do you think of Rebecca Black every Friday?

Also, today is part three of our idiom series. Part I was “eggs“, part II was “bread“.

In the soup – in serious trouble, in a bad situation.
Example: “My best friend is in the soup: she cheated during her final exams”

To soup something up – to make something faster or more powerful.
Example: “John is obsessed with cars and just souped his up like Pimp my Drive” 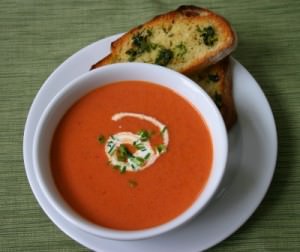 Suggested exercise: Write down 5 to 10 idioms, make a sentence with them and memorize them. You can post your sentences in the comments’ section and if there are any errors, we will correct them for you!

Writing and repeating out loud are two of the best ways to remember a new language and get used to hearing your voice pronouncing it.

Why not get a pen and paper and do it now? Otherwise, it’s possible you might forget.

Write down a couple of sentences, repeat them 5 times and let us know!

And if you’re ready for more, then come have a look at ABA English – we have designed a complete course for you to learn with maximum simplicity, fun and efficiency. You can sign up for free!