(that’s “hello” in Chinese to a group of people).

Ready to play another “fill in the missing word” game? Perfect! So this is how it works:

1. Watch the ABA Film Unit 121
2. Fill in the missing words in the dialogue below!

Easy, right? Tell us in the comments’ section or on Facebook and we will help if you need a clue.

Here is ABA Film dialogue. But some words have disappeared! Listen to the film carefully and tell us what those missing words are.

This is an Advanced unit, so don’t worry if it seems a little difficult at first!

– Are you talking about work?

– Well you should read it today. Listen to this: “Inflation is under control and ______ has gone down”

– You know, I’ve always thought a newspaper that only gave good news would be a ______.

– And then if you want to get to the ______ stuff you go straight to the second part. What about the ordinary news?

– Well, that would be in the ______ half, and obviously bad news would be in the second part, like: unemployment rises, the States send another aircraft carrier to the Persian Gulf, in India another train derails.

– You’re joking, I suppose, but it could work…

– Who says I’m ______? Maybe sounds like I’m joking but there’s always a part of truth in everything that I say. Imagine a newspaper you could read whilst eating and not be afraid of getting indigestion.

– Yeah, once you are ready for the bad news.

– Imagine if it worked though!

– Tomorrow morning we’ll go to my ______ and buy a newspaper. Then, we cut out all the news and we’ll set up a newspaper in two parts, with all the bad news in the second part, to see what it looks like.

– It sounds ______ interesting. You know, your 30% is already paying off dividends. Ok, I’ll see you tomorrow at your office at 9 o’clock. You’ve got an office?

2014-05-27
Share
Previous Learn English with the News – Nails that shine
Next Love yourself! 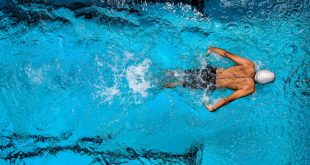