This post is for advanced learners, the vocabulary might be a bit hard. But we encourage you all to try!

Stephen Fry loves language, the act of communication and the beauty of . He has produced a documentary about language called “Fry’s Planet Word” and he also gave the following speech. Here you will find the text with the vocabulary words and a lovely video where you can hear Stephen talking. He’s got an amazing accent, so try to imitate the way he speaks to improve your English.

For me, it’s a cause of some upset that more Anglophones don’t enjoy language.

Music is enjoyable it seems, so are dance and other athletic forms of movement. People seem to be able to find sensual and sensuous pleasure in almost anything BUT words these days.

Words, it seems, belong to other people. Anyone who expresses themselves with originality, delight and verbal freshness is more likely to be mocked, distrusted or disliked than welcomed.

The free and happy use of words appears to be considered elistist or pretentious. Sadly, desperately sadly, the only people who seem to bother with language in public today bother with it in quite the wrong way. They write letters to broadcasters and newspapers in which they are rude and haughty about other people’s usage and in which they show off their own superior “knowledge” of how language should be. I hate that and I particularly hate the fact that so many of these pedants assume that I’m on their side. When asked to join in a “let’s persuade this supermarket chain to get rid of their five items or less sign” I never join in. Yes, I am aware of the technical distinction between “less” and “fewer” and between “uninterested” and “disinterested” and “infer” and “imply” and all the rest of them but none of these are of importance to me, none of these ARE of importance I said there, you’ll notice the old pedantic me would have insisted on “none of them IS of importance”.

But I’m glad to say that I’ve outgrown that silly approach to language.

Oscar Wilde, and there have been few greater and more complete lords of language in the past thousand years, once included with a manuscript he was delivering to his publishers a compliment slip in which he had scribbled the injunction: “I’ll leave you to tidy up the woulds and shoulds, wills and shalls, thats and whiches” etc, which gives us all encouragement to feel less guilty, don’t you think ?

There are all kinds of pedants around with more time to read and imitate Lynne Truss and John Humphrys than to write poems, love-letters, novels and stories it seems. They whip out their Sharpies and take away and add apostrophes from public signs, shake their heads at prepositions which end sentences and mutter at split infinitives and misspellings but do they bubble and froth and slobber and cream with joy at language? Do they ever let the tripping of the tips of their tongues against the tops of their teeth transport them to giddy euphoric bliss? Do they ever yoke impossible words together for the sound-sex of it? Do they use language to seduce, charm, excite, please, affirm and tickle those they talk to? Do they? I doubt it.

They’re too farting busy sneering at a greengrocer‘s less than perfect use of the apostrophe. Well sod them to Hades. They think they’re guardians of language, they’re no more guardians of language than the kennel club is the guardian of dogkind. The worst of this sorry bunch of semi-educated losers are those who seem to glory in being irritated by nouns becoming verbs. How dense and deaf to language development do you have to be ? If you don’t like nouns becoming verbs then for Heaven’s sake, avoid Shakespeare who made a doing-word out of a thing-word every chance he got.

He tabled the motion and chaired the meeting in which nouns were made verbs. I suppose new examples from our time might take some getting used to. “He actioned it” that day for instance might strike some as a verbing too far but we’ve been sanctioning, envisioning, propositioning and stationing for a long time so why not “actioning” ? Because it’s ugly whinge the pedants ; well it’s only ugly because it’s new and you don’t like it. Ugly in the way Picasso, Stravinski and Eliot were once thought ugly and before them Monet, Mahler and Baudelaire. Pedants will also claim with what I’m sure is eye-popping insincerity and shameless disingenuousness, that their fight is only for clarity. This is all very well but there is no doubt what for example “five items or less” means just as only a dolt can’t tell from the context and from the age and education of the speaker whether distinterested is used in the proper sense of non-partisan or in the “improper” sense of uninterested. No, no, the claim to be defending language for the sake of clarity almost never, ever holds water. Nor does the idea that following grammatical rules in language demonstrates clarity of thought and intelligence of mind. Having said this, I admit that if you want to communicate well for the sake of passing an exam or job interview, then it’s obvious that wildly original and excessively heterodox language could land you in the soup.

I think what offends examiners and employers when confronted with extremely informal, unpunctuated and haywire language is the implication of not caring that underlies it. You slip into a suit for an interview and you dress your language up too. You can wear what you like linguistically or sartorially when you’re at home or with friends but most people accept the need to smarten up under some circumstances, it’s only considerate. But that’s an issue of fitness, of suitability, it has nothing to do with correctness. There’s no right language or wrong language anymore than there are right or wrong clothes. Context, convention and circumstance are all.

I can’t deny that a small part of me still claims to a ghastly radio for newspaper letter writer pedantry but I fight against it in much the same way I try to fight against my gluttony, anger, selfishness and other vices. I must confess for example that I find it hard not to wince when someone aspirates a word and it is a word “aitch”. 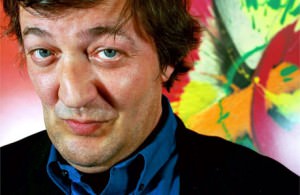 Delight – a strong feeling of happiness : great pleasure or satisfaction.

Mocked -to laugh at or make fun of (someone or something) especially by copying an action or a way of behaving or speaking.

Elitist – regarding other people as inferior because they lack power, wealth, etc.

Broadcasters – the people who talk or present on TV and radio.

Rude – not having or showing concern or respect for the rights and feelings of other people : not polite.

Haughty – having or showing the insulting attitude of people who think that they are better, smarter, or more important than other people.

Pedants – a person who annoys other people by correcting small errors and giving too much attention to minor details.

Infer – to form (an opinion) from evidence : to reach (a conclusion) based on known facts.

Imply – to express (something) in an indirect way : to suggest (something) without saying or showing it plainly.

Outgrown – to stop doing (something) because you are older and more mature.

Slip – a small piece of paper.

Scribbled – to write (something) quickly and in a way that makes it difficult to read.

Injunction – an order from a court of law that says something must be done or must not be done.

Bubble – to be very happy and excited.

Froth – to produce froth from the mouth because of illness or excitement.

Slobber – to let saliva or liquid flow from your mouth.

Euphoric – a feeling of great happiness and excitement.

Yoke – to connect (two animals) by a yoke. Can also be two objects, or in this case, words.

Tickle – to try to make (someone) laugh by lightly touching a very sensitive part of the body with your fingers, a feather, etc.

Sneering – to smile or laugh at someone or something with an expression on your face that shows dislike and a lack of respect.

Greengrocer – a person who works in or owns a store that sells fresh vegetables and fruit.

Sod them to Hades –

Dense – not smart : not able to understand things easily.

Tabled – to formally present (something) for discussion.

Chaired – to be in charge of a meeting, organization, committee, or event : to be the chairperson of (something).

Sanctioning – to officially accept or allow (something).

Envisioning – to think of (something that you believe might exist or happen in the future): to picture (something) in your mind.

Prepositioning – to suggest (something) in a direct way.

Stationing – to put (yourself) in a place and stay there for a period of time.

Whinge – to complain in an annoying way.

Shameless – having or showing no shame. Shame is a feeling of guilt, regret, or sadness that you have because you know you have done something wrong.

Non–partisan – a person who does not support a particular leader, group or cause.

Heterodox – not agreeing with established beliefs or standards.

Underlies – to form the basis or foundation of (an idea, a process, etc.).

Sartorially – of or relating to clothes.

Wince – to have an expression on your face for a very short time which shows that you are embarrassed or in pain.

Do you know why “five items or less” is wrong for a sign?