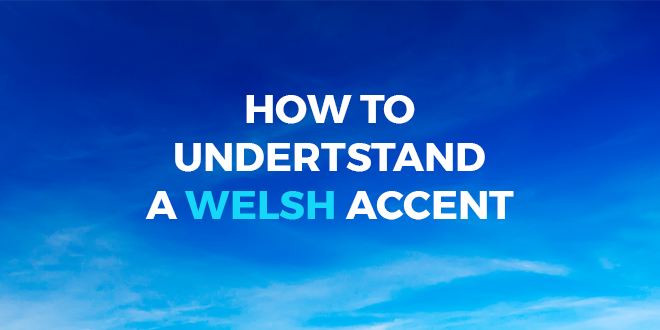 How to understand the accent and English of Wales

Are you thinking about visiting Wales? That is a great idea! It is a fascinating land, full of history, with imposing castles and breathtaking natural landscapes. Wales is also a welcoming nation and very close to its roots. Its people fought energetically in the past to defend their identity, first against the Romans and then against the British.

The English of Wales without secrets from @abaenglish.

Wales is a bilingual nation, since English and Welsh, a language of a Celtic origin, are spoken fluently. When looking around, you will notice that traffic signs and store signs are written in both languages. Welsh, however, has had a strong impact on the English that is spoken in the region, giving it a very particular accent, some special grammatical characteristics, and some linguistic loanwords.

To give a practical example, as you move towards the west, the emphasis is placed on sibilant sounds and consonant links such as ss and th. In addition, while the north has guttural and nasal sounds, the pronunciation in southern Wales has more rounded sounds. While there are several variations and exceptions, we will try to isolate some of the main aspects of Welsh English.

Some phonetic aspects of Welsh English are:

Some grammatical features of Welsh have become part of English.

Many Welsh words and expressions have become part of the English vocabulary of Wales. Some words also have a different pronunciation or a change in meaning.

Now in a minute (One moment!)

This expression is a request for someone to leave you alone. It is used to respond to someone who asks you to do something that you have decided to postpone but will do.

The word tidy is widely used in Wales with different meanings. It can mean beautiful, splendid, great, in great quantity or decent.

Other Welsh words that are commonly used in English include:

Now that you know some of the characteristics of Welsh English, you are ready (or almost ready) for your adventure in Wales.

The best way to get acquainted with different English accents is to take a course that offers you specific audiovisual material that can expose you to its different variations.

Have you ever tried the online course from ABA English? In addition to the 144 free grammar video lessons, you will be able to familiarize yourself with the English that is spoken in various parts of the world. This is thanks to the ABA Films, the short films that were made for the course using actors from different countries.