Minoura Minou, one of our Facebook friends, asked us the following question:

So we decided to help. Here is a list of vocabulary words related to marriage between different countries:

Alimony – money that a court orders someone to pay regularly to a former wife or husband after a divorce.
Example: “James is very angry: his wife won’t pay him the correct alimony”

Alien – from another country.
Example: “A lot of alien residents live downtown”

Assimilate – to cause (a person or group) to become part of a different society, country, etc.
Example: “Schools work hard to assimilate the children of immigrants”

Asylum – protection given by a government to someone who has left another country in order to escape being harmed.
Example: “After the war, the citizens were provided with asylum”

Deport – to force (a person who is not a citizen) to leave a country.
Example: “After the new immigration laws, people attempting to enter the country will be deported”

Divorce – the ending of a marriage by a legal process.
Example: “Kyle and Pauline got divorced last month”

Dowry – money or property that a wife or wife’s family gives to her husband when the wife and husband marry in some cultures.
Example: “Her family were very poor and could not afford a dowry; this made it hard for her to find a husband”

Emigrate – to leave a country or region to live elsewhere.
Example: “If I can’t find a good job here, I’ll emigrate to Asia”

Émigré – a person who is forced to leave a country for political reasons.
Example: “Trotsky was one of the Soviet émigrés”

Ethnic group – group of people whose members identify with each other, through a common heritage, such as language or religion.
Example: “All the Spaniards living in London formed an ethnic group”

Green card – a card indicating that a person from a foreign country can live and work in the U.S.
Example: “If you want to live in the US, you need a green card”

Fiancé – a man that a woman is engaged to be married to.
Example: “Her fiancé was of German origin so we’re going to Berlin next summer to visit”

Fiancée – a woman that a man is engaged to be married to.
Example: “His fiancée was from Nigeria, so we’re going to Lagos next winter to visit”

Immigrate – to come to a country to live there.
Example: “My grandparents immigrated here from Bulgaria”

Monogamy – the state or practice of being married to only one person at a time.
Example: “I believe in monogamy: two individuals per marriage”

Naturalization – to allow (someone who was born in a different country) to become a new citizen.
Example: “My husband got naturalised after living here for 6 years”

Polygamy –  the state or practice of being married to more than one person at the same time.
Example: “Some cultures accept polygamy… I don’t understand”

Refugee – shelter or protection from danger or trouble.
Example: “Our organization helps refugees find jobs and a place to work”

Stereotype – an often unfair and untrue belief that many people have about all people or things with a particular characteristic.
Example: “The Spanish stereotype is of someone who eats paella and sleeps the siesta”

Transplant – to move (a person or animal) to a new home.
Example: “She is a New Yorker who recently transplanted to China”

Visa – an official mark or stamp on a passport that allows someone to enter or leave a country usually for a particular reason.
Example: “My friend is moving to Russia; it took her 3 months to get a visa” 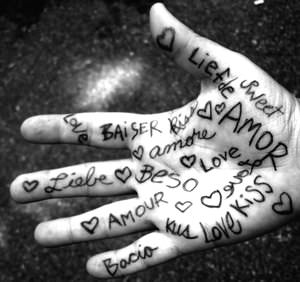 As for our opinion: getting married is a very beautiful thing to do. It shouldn’t matter what nationality, background or sex the person is, marriage is the union of two people who are in love. Due to immigration it can be more difficult to marry someone from another country, but it’s worth it, right?

If you have a question about the English language or want us to help with vocabulary on a specific topic, let us know in the comment section!

2012-09-14
Share
Previous Grammar for Beginners – Do or Make?
Next English Vocabulary: “Idioms”