Monday is here, and that means a whole new week to learn lots of new English! Ready?

The following list of 5 pairs are combinations of words we often get wrong – not just beginners, even advanced students. In fact, the word “literally” is even misused by the president of the USA!

Both verbs mean agreement, but let’s look at their definitions:

assent – to agree to or approve of something (such as an idea or suggestion) especially after carefully thinking about it.

consent – to agree to do or allow something : to give permission for something to happen or be done.

So you see, one means to agree enthusiastically, and the other is to agree neutrally.

They sound the same, but are not!

breach – a failure to do what is required by a law an agreement or a duty : failure to act in a required or promised way.

breech – this word means the lower part of the body first. It is usually only used to describe a birth in which a baby is born with the feet or buttocks coming out of the mother first instead of the head.

So if a company is not acting as it promised it would in a contract, it is breaching the contract, not breeching. That would be very strange, right?

One is a voluntary action, the other isn’t. Do you know which is which?

compelled – to force (someone) to do something.

impelled – to cause (someone) to feel a strong need or desire to do something.

So if a thief steals diamonds from an old lady and feels guilty, maybe he will be impelled to giving it back. But if he doesn’t feel guilty and is caught by the police, he will be compelled to go to prison!

We often use these words like synonyms, but in fact they have their own, very different, meaning:

infectious – capable of causing infection, capable of being passed to someone else by germs that enter the body and suffering from a disease that can be spread to other people by germs.

contagious – able to be passed from one person or animal to another by touching.

The first one, pronounced deserts, sounds like the last word, desserts. However, the second word is pronounced desert. OK, now we all understand how to say these three words, let’s find out what they mean and make sure we don’t get them confused!

deserts – punishment that someone deserves

deserts – an area of very dry land that is usually covered with sand and is very hot.

desserts – sweet food eaten after the main part of a meal. 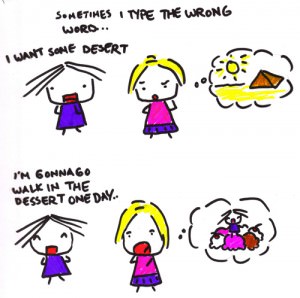 So there we go, 11 words learnt today that will help you not get confused between similar words.

Try to write them down somewhere, or make sentences with each one to memorize their meaning and understand how they can be applied in real life. You can write them in the comments section and we will tell you if they’re right or wrong. 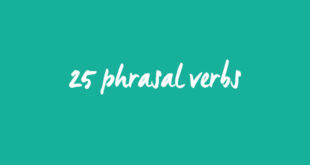 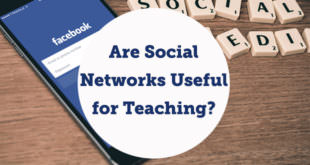 Are social networks useful for teaching?