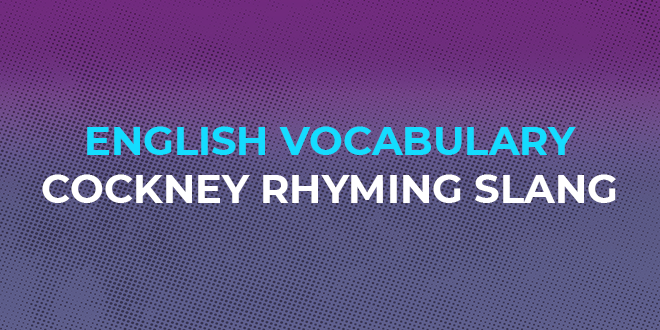 So, what is cockney rhyming slang?

Cockney – a person from the East End of London.
Rhyming – to have or end with the same sounds.
Slang – words that are not considered part of the standard vocabulary of a language and that are used very informally in speech especially by a particular group of people. 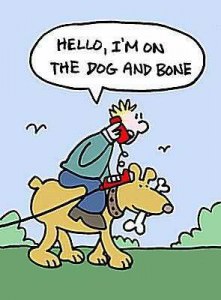 It started around the 1840s in East London as a code between groups of people who wanted to speak to each other without others being able to understand.

So, how does it work?

Well, first you choose some words that rhyme with the original word, for example, “dog and bone” rhymes with “telephone”. Then, you use the first rhyming word in a sentence. For example: “Pick up the dog, someone is calling”. See?

Let’s have a look at some common rhymes:

Example: “My friend Sam fell down the apples; she broke her leg!”

Example: “Put your one’s on, we’re going for a walk”

Example: “That man over there is a tea leaf”

Example: “Julian, don’t tell porkies, they will get you into trouble”

Example: “Get your loaf out of the clouds”

Example: “There will be  big barney between them tomorrow”

Example: “I love you, china”

Isn’t it fun? A secret language from the streets of London and still very much used today!

Do you want to learn more about English slangs and practice using them? ABA English offers 144 video classes and the same number of short films that will allow you to learn English at your own pace. Take advantage of our intuitive and natural method that pushes communication without sacrificing grammatical accuracy. What are you waiting for?