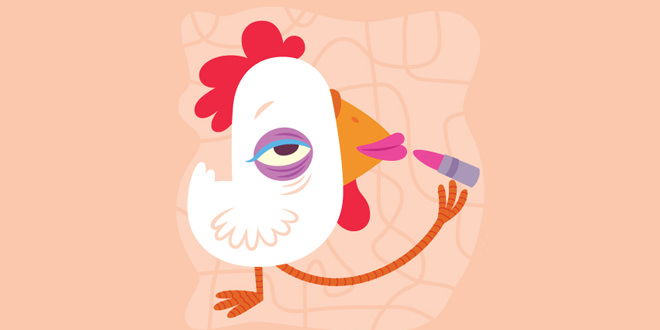 Australian Idioms – As useful as lips on a chicken

Remember the Idioms of the World series? Well, for the upcoming month we will learn 5 fun expressions they use down under in Australia.

Ok, let’s get started with the first idiom!

Idiom – As useful as lips on a chicken.

Meaning – Something or someone is useless.

Alternative – There are lots of English expressions that mean something similar. Imagine you are trying to organize a classroom full of 2 year-old’s. You could say it’s “like herding cats”: chaotic and impossible. Another popular expression is “trying to get blood out of a stone”. We use this expression, for example, if we are trying to make conversation with someone who does not want to talk. 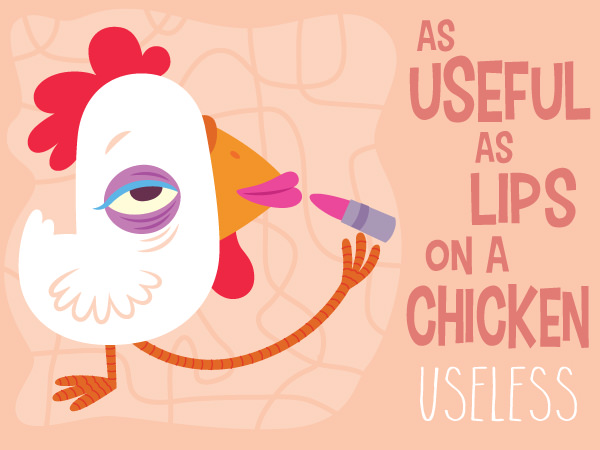 Thanks Hotel Club, for sharing these images, and Jared Atkins for creating them.