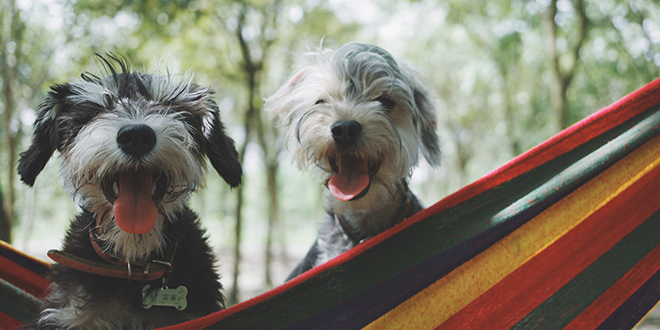 At ABA we are all great and have been working hard to make sure you have as much material as you can to continuously improve your English.

As we all know, the English language has many expressions and idioms whose origins come from very different examples. Did you know that there are many idioms in English which were inspired by animals? If you didn’t then there is no need to panic because today we are going to teach you 10 which were inspired by animals and what they literally mean so that you can use them in the correct context.

If we were to think of this literally, it would not seem like a fun experience but luckily, this is not the case. It actually refers to someone’s inability to remain calm or sit still because they are very happy and excited about something. Let’s face it, nobody would want ants in their pants.

John had ants in his pants about going on holiday yesterday.

Like many of the idioms we will focus on today, they generally don’t have a direct link to the animal mentioned although it could be argued that this one does. A “cat nap” is the name given to a short nap that people may have mid or later afternoon. When someone mentions a “cat nap”, the interlocutor knows that they mean a short 20-minute sleep and not a 2-hour nap.

I am normally tired when I get home from work so I usually a little cat nap before I make dinner.

A “cat nap” is the name given to a short nap that people may have mid or later afternoon….

At a snail’s pace

When we think of snails, we imagine slow moving creatures who live life at their own pace and are never in a hurry which would not be too far off the mark of the meaning of this idiom. It refers to someone doing tasks at a very slow pace or perhaps being a little lazy in general.

Heather never finishes any work on time because she works at a snail’s pace.

Busy as a bee

As funny as this sounds we don’t mean that someone is buzzing when we use this idiom but rather that they work at a very fast pace or are always running around doing something.

I have so much work to do this afternoon. I’m going to be as busy as a bee.

The world is your oyster

Knowing that oysters are small expensive shellfish that are often eaten in nice restaurants, we would wonder what this has to do with the bigger world in general. When we say this to someone, what we are actually telling them is that they should take advantage of the opportunities available to them and that in reality they can and should do whatever they can.

When you finish university, remember that the world’s your oyster and you can do anything you want.

If you are a fan of living a quiet life, then this may be an idiom in English that you should note down. Imagine if you woke dogs up – they wouldn’t be happy. Well, people being reminded of a situation they did not like are the same. In other words, let things pass and let the dust settle before you try to fix a problem.

If I were you I would let sleeping dogs lie. If you say something to Daniel and Sarah they might get angry with you again.

A little bird (birdie) told me that…

This is used often in English when we want to tell someone that we know a secret or non-public information but at the same time we don’t wish to reveal who told us that information either.

Is it true that you’re getting married? A little birdie told me that David had proposed to you.

We like to think that this one is almost self-explanatory, but we will explain anyway just to be clear. If a bull were in a china shop, do you think that everything would be left untouched or something would get broken? We use this to refer to people to are very clumsy or accident prone, perhaps even angry sometimes.

We got kicked out of the restaurant yesterday because Michael had had a few too many beers and was like a bull in a china shop.

Most people like original ideas that are unique so when someone copies you, you naturally get a little annoyed with them. As much as it looks like it might have something to do with our feline friends, this idiom is used when a person has copied something we have done from exam answer to even doing the same things we do or buying the same objects.

Don’t look at my answers you copy cat! We might get into trouble!

The elephant in the room

Again with idioms, we can’t always treat them literally as there is not actually an elephant in the room when we use this idiom. This is used when a group of people choose to ignore an obvious problem or situation that everyone is aware of but chooses not to discuss.

It was so awkward when Gemma and Karen argued at the party. Everyone was pretending they couldn’t hear the elephant in the room but we all couldn’t ignore it.

It’s time to start using them…

It’s a great start once you can memorise many idioms, their meanings and their contexts, but the real challenge is trying to incorporate them into your own daily English correctly. Start with one or two and once you have them perfect you can focus on the others and slowly but surely you will build up a collection in English that you can use contextually whenever such situations arise. Give it a try because you’ll feel great about your level of English.

SIGN UP TO OUR COURSE
Go to free trial!
10 Animal inspired English idioms aba english free online course free english post about idioms 2017-05-10
Share
Previous Past simple of “to have to”
Next Things to Consider Before an IELTS Retake