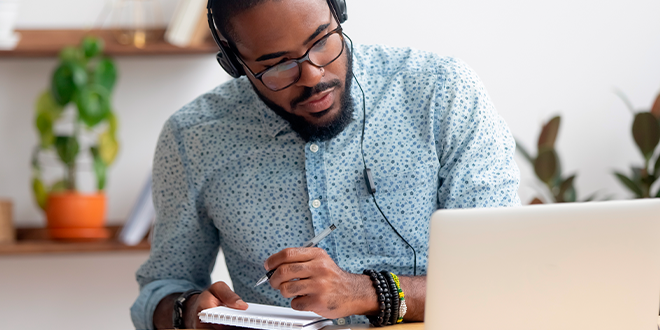 Almost daily and without realising it, we automatically use “indirect speech” in our native language. This is what we do when we share what other people have told us.

As long as we aren’t divulging a secret that has been entrusted to us 🙊, this form of communication is very useful. You can use it to express an opinion, comment, pass on, share, and in general, “report” a statement that someone else has made, in the truest way possible.

In English, this is known as reported speech and some students have difficulty with it since they must modify the original message when constructing it. It’s not really complicated, though. It’s just a matter of applying some simple rules that we’ll explain to you below.

We invite you to learn the rules and then take the short test you’ll find at the end of this article.

If you were using direct speech, you’d only have to repeat the same sentence and put it between quotation marks, like this:

I want to go to university.

He said, “I want to go to university.”

But, in the case of indirect or reported speech, you should change the verb tense.

For example, if the sentence is in the present tense, you must change it to the past tense.

Sandra said, “Mike has to work all week.”

Sandra said that Mike had to work all week.

In the first sentence, Sandra says something while in the second, a third person relates what Sandra said. To do this, we had to change the sentence from present simple to past simple.

It’s also important to start the sentence by indicating who made the statement, for example:

Keep the following table in mind, since it will be very helpful:

With the modal verbs, you should make the following changes:

If you have any doubts about the verb tenses, we suggest that you review them before moving on to the reported speech grammar exercises that we offer below.

Remember that on our English course, you can study the lessons we share on the blog in more detail.

Learn the rules for reported speech in English with @abaenglish

Now that you have a clearer idea about indirect speech in English, we invite you to test your skills with these exercises.

Change each of the following sentences into reported speech in English.

To solve them, keep in mind the tips that you’ve learned:

Easy, isn’t it? Now you know how to describe what someone else has said.

If you still want to study this more in depth, you can find this class in Unit 145 of the C2 level of our course.

Although it may seem a bit complicated now, remember that practice makes perfect. As you progress, you’ll be able to write and speak more easily using reported speech.

We invite you to continue visiting our blog, download the app, or sign up for our online English course where you’ll find these lessons and hundreds of other resources to help you achieve your goal of speaking English.