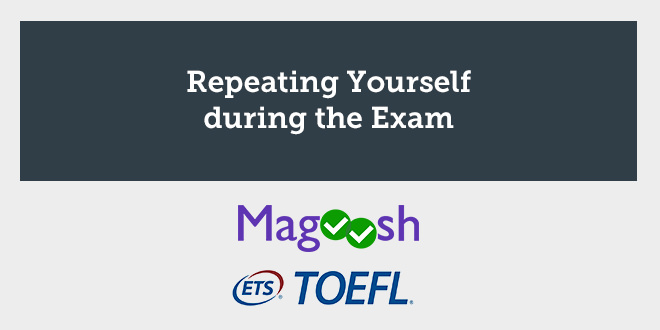 Repeating Yourself in TOEFL Speaking

*****
This post was written by David Recine, expert at Magoosh TOEFL. For more help with the speaking section, practice with these TOEFL exercises.