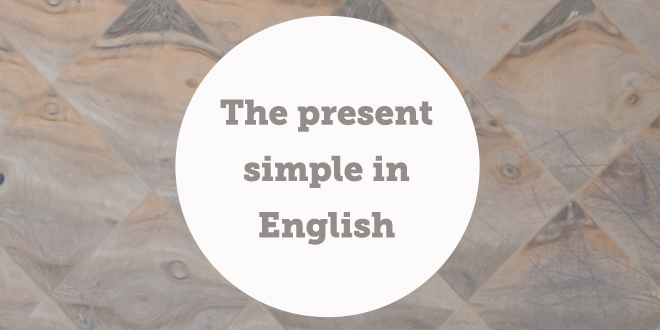 The present simple in English

It’s that fun time to learn about English grammar again and everyone at ABA knows you all love to learn. Today’s post is very important as it will teach you about the present simple tense in English.

How to form the present simple

Unlike other languages, the present simple tense in English is relatively easy to form as all of the subjects have the same conjugation with regular verbs EXCEPT the third person singular which has an additional “-s”. That is to say that “he”, “she” and “it” have an additional “-s” at the end of their conjugations. You will get a better idea seeing verbs conjugated.

The most importants verbs in the English language “to be” and “to have” are irregular in the present tense but it is very important for us to know their conjugation.

You want to learn English.

I listen to the radio. (The verb “to listen” is always followed by the preposition “to”)

You have a goal: to speak English.

What else is important?

You enjoy the party.

He writes a letter.

You record a song.

We do everything very well.

I read a novel.

As we can see from today’s post, the framework of the present simple tense in English is easy and like most things, the most difficult thing is putting it into practise, which is why you are urged to go and speak to as many people as you can to practise this tense, among other grammar aspects as much as you can.

I now know the present simple thanks to @abaenglish