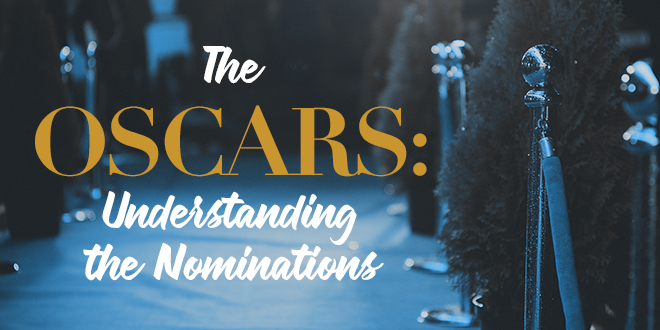 The Oscars: Understanding the Nominations

Are you a cinema enthusiast? @abaenglish explains the Oscar nominations and awards ceremony to help…

The Academy Awards are prizes awarded by the American Academy of Motion Picture Arts and Sciences to reward the best of the film industry, including directors, actors, writers, and musicians, among others. These awards are recognized as the highest honor within cinema. While not all nominees can receive the gold statuette, the nomination itself is considered a great achievement. In this article, ABA English will explain the nominations and the prizes so that you can understand them better and therefore enjoy the ceremony more.

As we have already said, this awards ceremony is one of the most prestigious in the world. In addition, it is the world’s oldest film awards ceremony. The first gala took place on May 16, 1929, in Los Angeles, California, where it is still celebrated, although in a different place than the original. The prizes are currently awarded in the Dolby Theater. This year, 2018, will be the ninetieth time in which this ceremony has been celebrated.

What are the Oscar Categories?

Over the years, the Academy Awards have been increasing in categories. The industry has changed over the years thanks to technology and the evolution of cinema. This makes the increase in categories logical but has also caused some categories to be eliminated.

As you can see, there are many awards which you may never have paid attention to before. In general, the public tends to focus more on the categories of Best Actor, Best Actress, Best Director, and logically Best Picture. But, in reality, all of the awards deal with important parts of a film.

How Are the Nominations Made?

Thanks to the media we are very likely made aware of the announcement of the award nominees, but we often find ourselves asking: How are the nominations made? Who decides?

Well, the Academy is made up of nearly 6,000 members with voting rights. They all belong to different branches and disciplines of cinema. These members are the ones who vote to decide the nominations.

One of the rules that the awards include, for example, is that a film must have premiered in Los Angeles County between January 1 and December 31 of the previous year in order to be eligible to compete. This does not apply to foreign films, of course. It is also necessary for the producers to complete an application to register their film.

The Academy later sends voting sheets to its members. In general, members can only vote according to the branch of cinema to which they belong, for example, directors can only vote for the category of Best Director. However, for some categories, such as Best Foreign Language Film, a committee is formed that includes experts from all branches. All members are eligible to vote for Best Picture.

That is how we film lovers finally receive the list of nominees for each category.

Another unique feature of this event is that it is broadcast live in more than 100 countries. Simultaneous translation is generally allowed so that non-English speaking audiences can have access to the live ceremony. Viewing the ceremony without translation, however, is a good way to practice your English comprehension while you listen to the presenters, actors, and directors in their original language.

It is good to prepare yourself beforehand with some cinema vocabulary and vocabulary from the ceremony so tha27t you will be able to fully understand the ceremony as it progresses. Here is a small glossary of the words that you will hear:

Now you are ready for the Oscars! You just need to prepare yourself and find a comfortable place to watch this grand ceremony, which begins on the red-carpet with interviews of all the actors and celebrities.

And the Oscar goes to…

One of the most enjoyable ways to learn a foreign language is through cinema. That’s why ABA English has created a great variety of short films to help you learn English just the way you like: through movies! In addition, you can take advantage of the 144 video classes and accompanying online exercises that we offer according to your level.