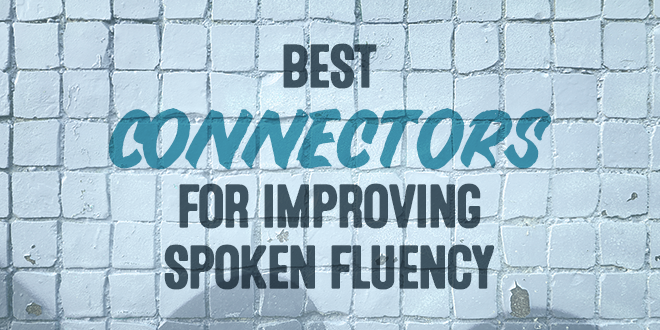 Fluency in speech is mainly due to the use of logical connectors. These are, as the term says, the elements of sentences that are used to connect or unite different parts of sentences as well as different sentences as a whole. Some connectors do not only serve as a link but also establish a logical bond between the words. For that reason, they are called logical connectors. In the latter case, the part that these connectors introduce is defined as the subordinate because it has a logical dependence on the main sentence. Using these connectors correctly is essential to guarantee fluency in speech as well as to transmit information correctly. When, on the other hand, the connector only functions as a sentence connector, then we call them coordinators because the two sentences are on the same logical level without dependency.

@abaenglish offers you a list of the most used connectors in English.

The group of connectors includes conjunctions, some adverbs, and some prepositions. In general, it is best to organize and classify them by their function in the sentence and the relationship that they establish between the parts of the sentence. Connectors can establish relations of time, cause and effect, consequence, contrast / concession, addition, exclusion, etc. They are essential to give fluidity to discourse and to free it from redundant repetition. Here we present the most used connectors, divided into the previously mentioned categories.

These connectors serve to link two actions from a temporal point of view. Some establish a contemporaneous relationship while others establish either prior or posterior relationships.

After
I will come after I finish my homework.

Before
Pick up your coat before you go out.

When
I love reading a book when I want to relax.

While
Lucy was reading a novel while Mary was gardening.

As
As Lucy grew older, she became more confident.

As soon as
I will go out as soon as I have finished my work.

Until
I will wait for you until you come back.

With these connectors, a causal relation is created between the sentences.

Because
I didn’t go out because I was not feeling well.

Since
You should talk to Bob since he is the one responsible for this situation.

To show the consequences of a fact or an event, the following connectors are used.

So
Mary was thirsty, so she had a cold drink.

Therefore
Judy has been a teacher for years. Therefore, she knows how to deal with the youth.

Such a/an…that
It was such a nice day that we decided to go for a walk in the field.

To express concepts that are in contrast to each other or to introduce a concessive proposition, the following connectors are used.

But
We wanted to go to the gym, but Luke had a backache.

Yet
I had a bad headache, yet I was able to pass the exam.

However
I understand you are not happy with Mark. However, you should acknowledge his sincerity.

After all
I understand your feelings. After all, he was a close friend of yours.

Even though
Even though I apologized, she didn’t forgive me.

In spite of / Despite
Despite being tired, I accepted the invitation.

And
We went for a walk and had an ice cream.

Moreover
Frederick II was a great emperor. Moreover, he wrote an important essay about falconry.

These connectors also introduce a coordinated proposition. In this case, however, they establish a relationship of exclusion between one element and the other. For that, they are defined as disjunctive.

Nor / Neither
Mary didn’t go to work on Monday nor did she come to my home.

Otherwise
Do your homework now. Otherwise, you won’t be able to go out tonight.

Either…or
You can either pay cash or by credit card.

Ready to Create Your Own Phrases?

With the connectors we have presented here, you will be able to create well-structured and meaningful speeches. If you need help improving your English, why not opt for an online course? ABA English helps you learn English using a natural and innovative method that will allow you to learn new words and learn the rules of grammar almost without realizing it.

I want to start now!
I want to try the course!
2018-07-18
Share
Previous Learn English by Playing Fortnite
Next Expressions to congratulate someone in English