Reading Comprehension: “The Ears of Corn”

This week, thousands of people around the world celebrate Thanksgiving, a harvest celebration in which families and friends get together and give thanks for what they are grateful for.

Today we are going to read a Brothers Grimm story about Thanksgiving.

Ages upon ages ago, says the German grandmother, when angels used to wander on earth, the ground was more fruitful than it is now. Then the stalks of wheat bore not fifty or sixty fold, but four times five hundred fold. Then the wheat- ears grew from the bottom to the top of the stalk. But the men of the earth forgot that this blessing came from God, and they became idle and selfish.

One day a woman went through a wheat-field, and her little child, who accompanied her, fell into a puddle and soiled her frock. The mother tore off a handful of the wheat-ears and cleaned the child’s dress with them.

Just then an angel passed by and saw her. Wrathfully he spoke:

“Wasteful woman, no longer shall the wheat-stalks produce ears. You mortals are not worthy of the gifts of Heaven!”

Some peasants who were gathering wheat in the fields heard this, and falling on their knees, prayed and entreated the angel to leave the wheat alone, not only on their account, but for the sake of the little birds who otherwise must perish of hunger.

The angel pitied their distress, and granted a part of the prayer. And from that day to this the ears of wheat have grown as they do now. 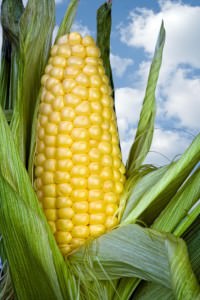 Wander – to move around or go to different places usually without having a particular purpose or direction.

Stalks – a thick or tall stem of a plant.

Wheat – a kind of grain that is used to make flour for breads, cookies, etc.

Bore – to bear fruit is to produce a desired result or reward.

Idle – not working, active, or being used.

Puddle – a small amount of water, mud, etc., on the ground.

Soiled – to make (something) dirty.

Frock – a woman’s or girl’s dress.

Tore off – to separate (something) into parts by pulling it, cutting it, etc. : to rip, split, or open (something) quickly or violently.

Wasteful – using more of something than is needed : causing something valuable to be wasted.

Perish – to die or be killed.

Granted –  to agree to do, give, or allow (something asked for or hoped for).