What does it mean to nurture? Nurture, by defintion, means to help (something or someone) to grow, develop, or succeed. In today’s culture it is often believed that creativity comes from within one’s own self. It can be taught only to an extent but the rest must come from you. There is often a lot of pressure on artists to produce master works of art every time they produce anything.

Author Elizabeth Gilbert describes her experience with creativity for her work. She is advocating the idea that we should not put so much pressure on artists to creative genius works but instead think of creativity that sometimes comes from an unknowable source. She finds roots for this idea in ancient times. Socrates believes to have had wisdom spoken to him from afar from one of these things.

This idea provides a psychological protective shield for the artist. It keeps the artist from developing a big ego because the success or failure of their work is not entirely their fault.

Gilbert stresses that this ancient concept of thinking about creativity can help save many modern artists from perpetuating the idea that artists have tormented souls.

You can watch the video and put subtitles in English or your native language. Afterwards, try answering some of the listening comprehension questions below!

1. To what age does Gilbert trace the roots of creativity?

1. Do you agree with her ideas on creative inspiration?

2. Do you believe some unknowable source is partially responsible for creativity or is it the sole intellect of human beings? 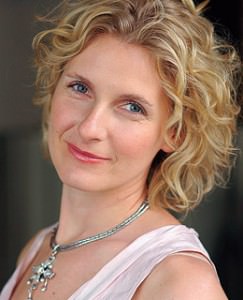 Extent – (noun) the point or limit to which something extends or reaches
Advocating – (verb) to support or argue for (a cause, policy, etc.)
Unknowable – (adj.) not able to be known : not knowable
Shield – (noun) something that defends or protects someone or something
Fault – (noun) responsibility for a problem, mistake, bad situation, etc.
Stresses – (verb) special importance or attention that is given to something
Concept – (noun) an idea of what something is or how it works
Perpetuating – (verb) to cause (something that should be stopped, such as a mistaken idea or a bad situation) to continue