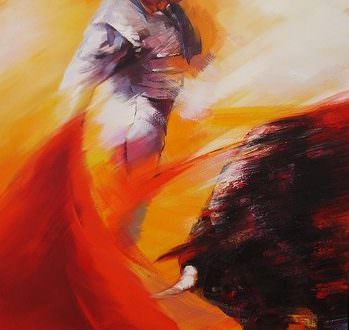 Learning with the News: “Bullfighting banned in Spain”

As you might know, one of Spain’s most famous traditions in bullfighting. This barbaric practice has finally come to an end in the region of Catalonia (where Barcelona and ABA English are!) . The ban comes into effect in January 2012, but the bullfighting show of September 25th was the last of the season, meaning it was the last fight ever to take place in Catalonia.

Fans of bullfighting were able to go to the last fight this September. Over 20,000 spectators packed into Barcelona’s Monumental arena to see the age-old spectacle. The perfomers at this historical event, which sold out at record speed, were Spain’s top matadors.

Why did Catalonia ban bullfighting? Well, last year 180,000 people signed a petition to have it banned. A lot of Catalans believe bullfughting to be barbaric and cruel. Fans of bullfighting want the shows to continue and say “they have a right to be able to go to corrida’s (bullfighting in Spanish)”. What do you think about this?

Bullfighting has been held in Spain as a tradition since 1765, but finally has come to an end, at least in Catalonia.

Barbaric – very cruel.
Example: “The way they treat the bulls is barbaric, it should not be allowed”

Spectator – a person who watches an event, show, game, activity, etc., often as part of an audience.
Example: “The spectators watched and cheered as the cyclists rode by”

Sold out – a game, concert, etc., for which all seats are sold.
Example: “When Bob Marley came to London, the concert sold out”

Matador – the person who has the major part in a bullfight and who kills the bull.
Example: “The matador was not happy at the Catalan ban against bullfighting”

Ban – to forbid people from using (something) : to say that something cannot be used or done.
Example: “Catalonia finally banned bullfighting because it is cruel”

Petition – a written document that many people sign to show that they want a person or organization to do or change something.
Example: “Let’s all sign a petition to stop animal cruelty”

Come to an end – conclude, terminate.