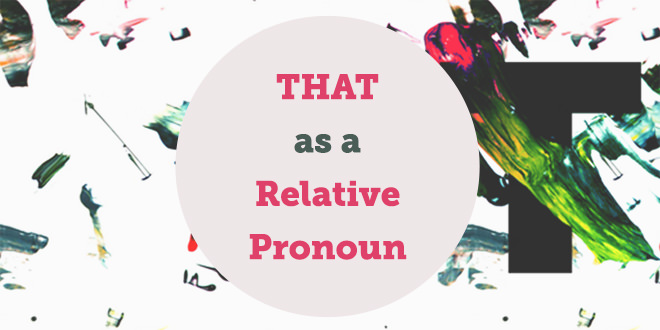 Intermediate Grammar – “That” as a Relative Pronoun

I hope you’re having a great day!

The word “that” has many different uses in English. Today we’re going to focus on just one of them: “that” as a relative pronoun.

“That” can be used as a relative pronoun to connect two clauses.

“That” can only be used for things and people in defining relative clauses. Relative clauses are the ones containing essential information about someone or something.

Look at the following two non-defining relative clauses. It is not possible to replace the relative pronouns “who” and “which” with “that”.

Steven’s mother, who lives in Wales, has eight grandchildren.

I recently read Orwell’s 1984, which is one of the most interesting books ever written.

I hope you find THAT the information THAT @abaenglish has given you is useful!