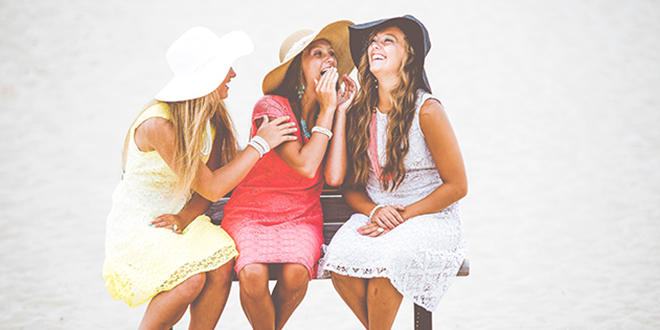 Are you ready to venture Down Under? That’s the best way to get to understand the Australians!

We often only talk about British or American English, completely forgetting that the English language has many other variants, one of which is Australian English. Australia is a long way away, of course, but in our opinion the English spoken there is one of the most pleasant variants of the language. That’s why we’ve decided to give you a brief overview of the language as it’s spoken on the continent of kangaroos and koalas.

What is the origin of Australian English?

The English language arrived in Australia with the first settlers in 1788. Since these came from different regions, they had to adapt their respective accents. In other words, they tried to avoid using regional accents as much as they possibly could. For this reason, it was often said that Australian English at that time was the purest form of English, since it was spoken almost without any kind of regional accent. Later, in 1880, the English spoken in the south of Britain came to be regarded as “correct” English. Australian English, meanwhile, was also heavily influenced by the Aboriginal language and the language used by the soldiers who were stationed in Australia at that time.

How do you imitate the Australian accent?

In Australian English, as with all other languages, there are also different accents. However, there are a number of features that most of them have in common. For example, Australians tend to raise the intonation at the end of the phrase, in the same way as when asking a question.

They also have a fluid and relatively fast way of speaking, but which is also uniform and smooth. It’s almost as if a sentence were a single word. To add the finishing touch to your Australian accent, you must also adapt your pronunciation. The “i”, for example, is pronounced more like the “oi” in oil. So the word write sounds more like wroit. It’s not quite so extreme, of course, but it doesn’t hurt to exaggerate a little when you’re practising. A similar thing happens with the sound of the “a”; in Australian English it’s pronounced more like “eye”. The Australians’ favourite word, mate, therefore sounds more like might.

Of course there are many other peculiarities in the pronunciation, but if you master these basics you’ll already sound quite Australian!

Favourite words and expressions of the Australians

It’s much easier to remember the most popular Australian slang words, or expressions that are only used Down Under (as Australia is fondly known), than it is to remember the pronunciation rules. The fact is that the Australians love abbreviations, and they’re very fond of adding a “ie” to the end of words whenever they can. It’s a very practical approach!

Here are some other typical words that you may have already heard:

As (ex. This pizza was nice as!)
Here “as” is used to make the adjective more emphatic. In this case:  That pizza was really good!

To be as crook as Rookwood
To be seriously ill. Rookwood is the largest cemetery in Australia and is in Sydney.

To have a face like a dropped pie
To be ugly.

To go troppo
To go crazy. This is clearly a reference to the tropics, since the tropical heat can easily go to your head.

How are you goin‘?
It is used more than How are you?

She’ll be right
Everything will be fine, you’ll see.

With these words and expressions you should be ready to go Down Under. And remember that the easiest way to become accustomed to a new accent is to watch films or TV series from the region in question. This way you get used to hearing it, and in time you’ll find it easier to understand everything. With our course you can watch 144 free video classes with teachers from all over the world. You just have to choose your favourite accent.
Sign up for free now!

G’day mate! I’ve just learned how to understand an Australian accent with @abaenglish!