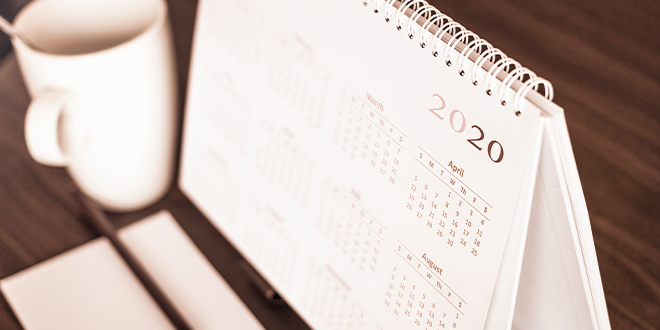 How to say dates in English

Since ancient times humans have given a lot of importance to the use of dates.

They’re a way of recording and referencing significant and intimate moments such as birth, marriage, and death as well as others of greater impact such as wars, the rise and fall of monarchs and empires, natural disasters, and events that are important to people such as the harvest and holidays.

Expressing dates correctly is, therefore, a way of respecting others, their experiences, their past, and their history.

Learn how to write dates in English with @abaenglish.

We also need dates to be able to carry out various daily activities such as writing letters, documents, and emails. We use them to fill out forms, prepare legal documents, and even to read product expiry dates.

For English learners, dates offer some of the most frequent dilemmas. Are months written in capital letters or lower-case? Do I have to write the date differently depending on the country I’m in? When should I use ordinal numbers?

These are tiny details that we sometimes miss and that can lead to misunderstandings or to saying the date incorrectly. In this article, we’ll explain how to use dates in English to help you avoid confusion.

Are you ready? Let’s begin.

The first step is to know how to say today’s date in English. Do you know the date? There are two simple ways to ask:

You can answer in the following ways:

Are the days and months written in capital letters?

The answer to this question might not be very clear to you. In many languages, the days and months are always written in lower-case.

In English, the opposite is true. Days, months, and holidays are ALWAYS written in capital letters while the seasons are written in lower-case.

I will visit my parents next Tuesday.

I remember I had plenty of food last Christmas.

The concert will be held on April 1st.

Steve used to visit his mother in summer.

Don’t forget that the days of the week are:

It’s also worth remembering the months of the year:

What’s the correct order when you write a date?

For dates in American English, why do they write the month before the day? Is it some kind of whimsical impulse?

Actually, it was the first American settlers who chose this option, which was inconspicuous at the time since they used to write the full date, like April 11, 1895, for example.

The British Empire opted for the European format (dd-mm-yyyy). The confusion between the two only appeared recently, in the digital era, since dates are now written using only numbers.

As the adage says, “When in Rome, do as the Romans do,” so you’ll just have to adapt to wherever you are.

What about ordinal numbers?

In English, these numbers are used to indicate position, ranking, or order, but do NOT indicate quantity. Look at heading for a letter in English:

You’ll notice that each number has a corresponding ordinal number that ends in one of the following suffixes: –st, –nd, –rd, or –th.

Now you have the tools you need to write the dates correctly in English. You can use them for everything from writing a document to reading the expiry date on your carton of milk.

You can also write the dates of the most important events of your life, such as that special day when you decided to learn English.

Remember that ABA English will help you resolve this and many other concerns. You’ll find this A1-level class in Unit 10 of our course.

We invite you to keep an eye on our journal, download the app, or register for our online course to take your knowledge in English to the highest level.