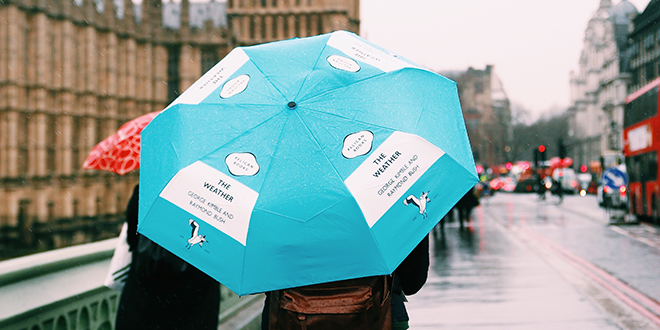 How to Be a Perfect Londoner

Have you been living in the British capital for a few months or would you like to move to London to learn English? In either case, you should know that London is not only a large European capital, but also a world in itself, with its own rules, rhythm, and language. It is also very beautiful! It is no coincidence that London always appears as a top destination for travellers and tourists from around the world. The beauty of this metropolis, which has more than five million inhabitants, lies in its cosmopolitan and multicultural character. Nowhere else will you find so many people from all over the world and speaking every language with shared tastes, dreams, and projects. You only need to live in London for a few months to familiarize yourself with foods from all over the world, from the popular Indian cuisine to Ethiopian, Vietnamese, and Afghan.

@ABAEnglish reveals the secrets you need to become a perfect Londoner.

Spending a weekend in London and living there for a few years are two completely different things. After a few months of urban metropolitan life, you may realize that its rhythm is not for you, or, on the contrary, you might discover that you could not live without it. In both cases, however, it is best to prepare yourself to live like a Londoner. Here we present some tips for how to transform yourself into the perfect Londoner, either by choice or necessity, for a few days or forever.

It is not easy to speak about a single London accent, since each area of the city has its own particular way of speaking English, and, above all, many London natives come from immigrant families and therefore speak English with a very special accent. Nevertheless, among the many cadences, here we present the most well-known: cockney and estuary.

This accent comes from East London and was a working-class way of speaking. Today, however, it is widespread throughout London and southeast England. This accent is difficult for foreigners to understand. Let’s look at some of its characteristics.

Happy, hope, healthy, holidays; these are pronounced without the “h.”

Bottle, water; the “t” becomes a glottal stop after a vowel.

This is the second most diffuse accent in London. It is so named because it is mostly spoken in the Thames area as well as in its estuary. While it has some aspects in common with cockney, it is more similar to the English Standard accent. For example, the “th” is pronounced correctly. Let’s look at some characteristics of this accent.

Dune and Tuesday may turn out to be homophones of June and choose day.

Like any self-respecting city, London has its own slang that is a repertoire of words and phrases that you will not hear anywhere else and probably will not even find in the dictionary. Here we present you just some!

Mandem are boys that are a little strange and suspicious which you can find on the streets at night. This seems to be a term that comes from the Latin “mandemulus.”

The mandem are rolling out tonight.

This is a word without translation. It is used to reference the appearance of something that we appreciate, whether a dress, a person, or a dish in a restaurant.

This cloth is so peng.

The word peak is usually used for the top point of something, and therefore should suggest something positive or at least elevated. Not so in the case of London. If you hear a Londoner use this word, it could be referring to something annoying or unfortunate.

There is another strike this weekend. What a peak!

And what can we say about the London frenzy? In this case, the capital also has its own language and rules tacitly imposed and respected by all. To avoid making a fool of yourself, follow the advice below.

If you have decided to use the Tube to move from one end of the city to the other, you should know that it is good to study the route before embarking on your trip. When you find yourself changing trains and going from one line to another, especially during rush hour, which is the busiest time of day, it will be almost impossible to stop. London is a metropolis and some people have to travel many kilometres for over an hour to get to work. Therefore, it is not surprising that they do not want to wait for the next train, even though it would only be a couple of extra minutes. So, prepare yourself well and be willing to let yourself be carried along by the crowd.

If you have to take the escalator to leave the Tube, be careful to stand on the right side of the stairs, to allow those who are in a hurry to walk quickly up the left side. It is considered a very impolite act to stand on the left and block the way. This rule applies both when you are travelling on the Tube or when you are simply walking down the street. Leave the left side open for those who are in a hurry while you enjoy the views of this extraordinary city.

While in the Tube the rule that must be respected is to allow those who are on the train get off before those who are going to board get on. In the case of the bus, it is important to respect the queue. When you arrive at the bus stop, therefore, check who is already waiting and line up when you see the bus arriving.

These are only some of the facts that you should know if you are preparing to live like a perfect Londoner. It is also important to speak English well. While it is true that London is a cosmopolitan city and you will easily be able to find someone to help you in your native language, it is also true that it will be much easier for you to communicate in English. You will certainly find our 144 video classes and grammar exercises very useful as well as all of the other resources we offer. In addition, our short films will help you to get to know the London accent well.

Yes, I want to start the course!
Yes, I want to try the app!
2018-04-11
Share
Previous Seven Grammar Mistakes in English Songs
Next How to Greet in English-Speaking Countries