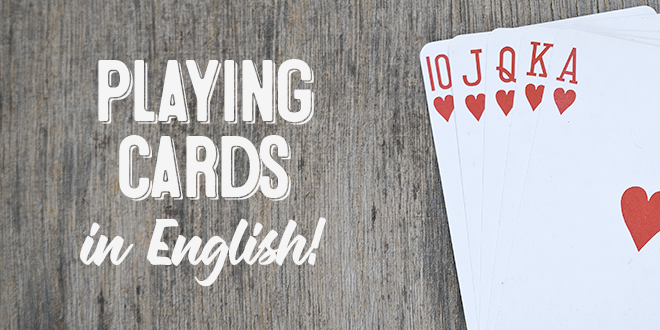 Vocabulary to Play Poker in English

Poker has gained so much popularity all over the world. We can even find advertisements for it on television and places where this sport can be practiced. Yes, you have read that correctly. We are talking about a sport. Since 2010, poker has been recognized as a mental sport. This means that its practice, not related to gambling, is free for people over 18 years of age.

@abaenglish teaches you how to play poker. Learn the English terms used in Texas Hold’em.

Did you know the winner is the one with the best hand and needs to show their cards in only 12% of poker games? This means that the majority of the game does not depend on luck, but rather on the ability of the player to win the game without letting their opponents see their cards by using different strategies.

If you have ever participated in a poker game or have been curious about the topic, you ought to know that many of the terms used in this sport are in English. Here we will help you to better understand what each phrase means and, more than that, we will give you the basic knowledge you need to learn the most famous version of poker in the world: Texas Hold’em.

The time has come to understand what a game of poker is like. Then, maybe, you will dare to go to a game on Friday night or finally have the confidence to play a game online.

As already mentioned, the most popular version of poker is Texas Hold’em. In this version, each player receives two cards and aims to win a five-card poker hand using those that they have in their hand and those available on the table.

Before getting to the table, it is necessary to have some basic knowledge. In poker, it is essential to know the value of each card in the deck. Unlike what many people think, the ace, which is represented in the deck by the letter A, is the highest card. The lowest value card is the 2. Therefore, the value of card sequence from lowest to highest goes from 2 to ace.

Vocabulary Used in the Game

Ready? Now that you know the value of the cards as well as the combinations of hands that you can make, it is time to join the poker table of your dreams. Let’s learn the functions of each player and the sequence of the movements in the game.

Dealer: The most important position on the table. This is the person who hands out the cards to the players.

Big Blind: The next person is also responsible for making a forced bet. The big blind is always twice the value of the small blind.

As you can see, English dominates this sport. If your dream is to expand your knowledge of the language to play a game with the professional poker players in Las Vegas, ABA English has an interesting proposal. How about trying our free course? It has 144 video classes and a variety of short films that will help you learn English in a natural and intuitive way.