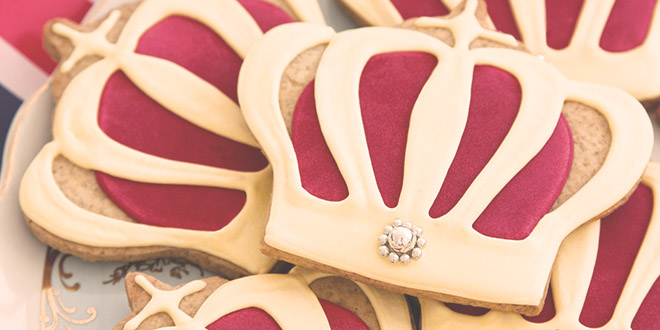 You know that way sometimes you see news from around the world and learn about some traditions and customs from other countries just by chance and think to yourself: “so weird”? Well, today we are going to look at traditions from the United Kingdom which may be deemed “strange” by some people.

Yes that’s right, the chestnut has its own world championships in the United Kingdom. It takes place on the second Sunday of every October with this year’s taking place on the 9th in the usual spot in Northamptonshire in England. Participants are armed with a conker and a 12 inch piece of string where the aim is to defeat your opponents conker by smashing it and keeping yours in tact.

Taking place every Spring at Cooper’s Hill in Gloucestershire, England, this cheese fest is one which certainly seems to be very random. There are many cheese races and spectators roll into their thousands. Definitely one of the most successful yet random championships in the United Kingdom.

Would you be rolling into this event or is it one you would roll on by?

Thanks to @ABAEnglish I have learnt about fun British traditions

Started in 1983 by Albert Baker, the championships take place at Easdale Island and are now very popular indeed. In fact there are now more than 300 participants annually with many more spectators.

Definitely one that you have to visit and give a go because anyone can pay the entrance fee and participate. No experience required

As you may have noticed by now, the British like to roll things down hills. Easter time is no exception. It is very common for young children in school to take boiled eggs into school and paint them different colours or some even like people. Once painting is complete, it’s time to roll the decorated eggs down a hill for the fun of it, because let’s face it, why wouldn’t you want to?

The idea in itself may sound a bit random and bizarre but you would be very surprised just how popular this tradition is with more and more kids participating each year.

Most likely one of the most famous British traditions which stems from the early 1600s when Guy Fawkes tried to blow up the Houses of Parliament in London to no avail. Over time the 5th November has become a time to remember that day and many people have bonfires with a “Guy Fawkes” on top of it which they set alight. Bonfires aren’t for everyone however which is why most major cities and towns organise a fireworks display which the public can attend to still get the experience of the celebration with their loved ones. We definitely recommend this tradition in the UK if you have the chance.

Are there any more?

If you can think of any more British traditions which are wacky and wild we would love for you to tell us about them! Have you celebrated Guy Fawkes in the United Kingdom before or maybe you have rolled cheese a Cooper’s Hill – Let us know all about it!

Learn more fun traditions!
Download app for free
2016-10-27
Share
Previous Past simple of regular verbs in English
Next 5 American sitcoms you have to watch