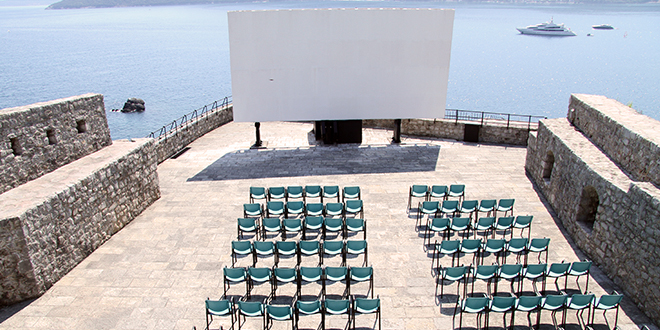 You know here at ABA we are all about watching (and learning from) movies in English. But sometimes you might be left wondering which film to start with… a comedy? A romcom? Today we are going to focus on popular Summer films that can help us improve our level of English, and it is the summertime in the northern hemisphere after all! ( If you are experiencing winter right now, we are: a. Sorry and b. Invite you to wrap up warm on the sofa and pretend you’re on a tropical island).

Learning English in the summer is fun with @ABAEnglish

A classic film in every aspect, this musical from the 1970s will forever be renowned. It tells the story of Sandy and Danny who, after a Summer romance, discover they are going to be studying at the same high school together. When they meet again, Danny is rude to Sandy in order to impress his friends but they both soon realize they are in love with each other. From there, things progress to the conclusion of the film.

If you’re wondering why musicals are good to learn English, it’s easy: the songs are catchy and they stay in our heads. Who hasn’t spent days on end singing “you’re the one that i want, oh oh oh”? This allows someone who is learning English to become familiar with the words, and repetition is great for memorising vocabulary. If you haven’t seen Grease yet, get it on your Summer list.

From a musical we are moving on to a romantic comedy from 1989 starring Billy Crystal and Meg Ryan. This is a great Summer tale which is set over the course of the 1980s and follows the love story between Harry and Sally and the progression of their relationship as they meet up over the years and catch up on what’s new in their lives.

In terms of language learning, this film is great as many themes and topics are revisited throughout it, allowing the viewer to get used to the key themes in the movie and the vocabulary that arises time and again. This is ideal if you want to learn English!

After meeting Summer, Tom starts spending a lot of time with her. Things don’t transpire like he hoped they would after Summer tells him that she doesn’t believe in love. Eventually they go their separate ways, but soon meet back up a few years later and Summer admits she has fallen in love with someone else.

The plot in this film is quite simple, so you can focus your energy on following the conversation.

After misbehaving, 5 teenagers are sent to detention on a Saturday morning in their high school. They are told by their teacher that they have to write an essay on the topic of “who do you think you are?” explaining their own opinions about themselves. The film continues with them having fun throughout the day and coming to conclusions on what they are going to contribute to the task that they had been given by their teacher.

This film is good for English learners who are beginners as they should be able to follow the story quite easily. There is very little slang and the dialogue isn’t complex.

This children’s animated film from Summer 1995 tells the story of a boy Andy whose toys come to life in his room whenever he isn’t present. It’s a fun filled film which all the family can enjoy, so you can make this into a “learning English with the kids” activity!

It is a great film for learning English due to the fact that when it was written, although being primarily aimed at children, it had appeal for adults too. The language used is not too complicated meaning that someone learning English is able to understand the majority of it. It’s definitely worth a watch. Also, it’s a classic.

As many people stop to relax and unwind this Summer, remember that you can too while still improving your English. If you head to the pool or are even just relaxing on the sofa at home, why not try to watch one of these films on a portable tablet or TV respectively so that you can improve your English while winding down. If you manage to get through them, make sure you check out the ABA complete online course where you can get access to 144 free video classes just by signing up.