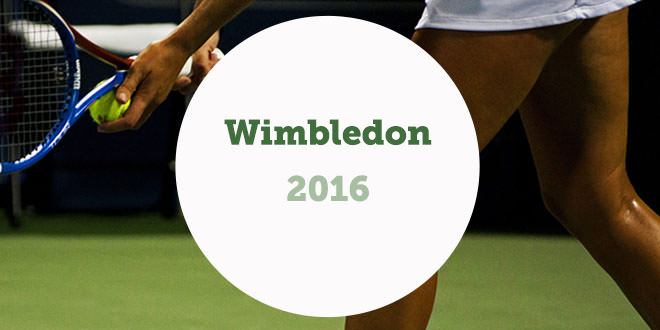 Wow! Has another full year passed already? As the sun comes out (finally), London and the tennis world are getting themselves geared up for what is certainly one of the most, if not the most coveted tennis tournament in the world- Wimbledon.

Taking place every year from the end of June into the start of July, Wimbledon is one of the four main tennis grand-slam championships, the other 3 being the The Australian Open, The French Open and the US Open respectively. Since the first championship in 1887, it has been running for almost 130 years which is pretty impressive for any kind of competition.

What makes Wimbledon so special?

Apart from being the oldest and most coveted tennis championship in the world, Wimbledon is also the only grand-slam tournament in which the matches are played on grass and not clay. There are certainly tennis players who prefer Wimbledon just for the grass alone because of the way that this changes the way the ball travels. In fact many players use this to their advantage- especially Roger Federer.

In terms of the players it is also very special for another reason- there is almost 1.9 million pounds up for grabs, so they know that they need to work hard if they want to win it.

What has changed along the way?

In short- a lot. Let’s be a little more detailed though. In 1940 Centre Court was bombed during the war and had to be rebuilt. Many many years after, the All England Club decided to put a retractable roof on it so that matches could still continue even if it were raining. This was finally completed in 2009 and has served as a great addition to a fantastic court instead of having to wait endless hours for rain to stop in order to be able to play.

Since the beginning of Wimbledon, the accuracy of judging if a ball were in or out has changed considerably.  While still maintaining the umpire and linesmen who watch intently, Wimbledon now uses Hawkeye too. Hawkeye is an electronic system which judges the precision of the ball and gauges whether it was in or out right down to the millimetre. This has certainly changed games in recent years- obviously to some players advantage and to others not so much.

How will this year’s tournament go?

Whether you are a tennis fan or not, Wimbledon is definitely one to keep an eye on. The quality of tennis is always second to none as players battle it out to be number one. Unfortunately due to a wrist injury, Spain’s Rafael Nadal has already pulled out of the competition which means it is up to the other big players to fight their way to the top fending off wild cards along their way.

How will it end? Well, we just have to wait and see. In the meantime we can enjoy strawberries and iced-cream and just imagine we are there.

Tell @abaenglish who you want to win Wimbledon 2016