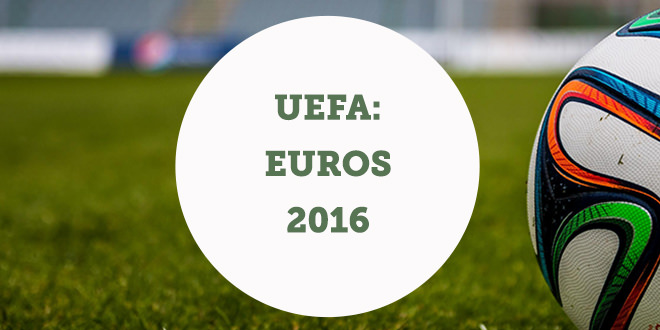 Who are you supporting in the 2016 Euros?

2016 is shaping up to be quite the year in terms of world sporting events! We have the 2016 Rio de Janeiro Summer Olympics which will certainly be exciting, however in addition to that we also have the UEFA Euro 2016 football tournament.

Where is it going to be held?

This year’s Euro football tournament will be thrilling indeed! The host country, France, was chosen back in 2010 after being up against fellow host contenders Turkey and Italy. A lot of preparation has gone into ensuring all of the stadiums the length and breadth of the country are ready for what promises to be a gripping tournament. France’s main stadium- the Stade de France will be the epicentre of all of the football action as some of football’s biggest names look to take their country to victory.

With 24 teams split up into and competing in 6 groups to begin with, spectators the globe over are bound to be promised an action packed tournament full of goals. Starting more than half a century ago when the then Soviet Union beat Yugoslavia in Paris, we have returned to where it all started and since then there have been many changes as the tournament grew in size.

Nowadays there are four official languages of UEFA: French, English, Spanish and German. This aims to make communication smoother since everyone should be able to understand one of the four, but what happens when someone has to communicate in a language which isn’t their mother tongue?

A recent survey carried out by ABA English, found that 45% of 600 people who took part in Spain thought that the Spanish football team only had a beginner level of English. This is perhaps something (learning another European language) that players from all over could work on to ensure that European football comes together.

Like most tournaments, there are definitely favourites among the teams participating like Spain and Germany who is recent years have been very successful. This, however, is not to say that one of them will win as we simply do not know. What is important however is that we enjoy the tournament and accept the outcome like true winners or runners up. Additionally, this tournament could and should be used as the stepping stone we need to ensure language learning in the sporting world is put at the forefront to create a good example for future sportspeople, highlighting that communication can take you as far as you want to go.

May your team win 🙂

Contender: a person who tries to win something in a contest

Runner up: people who participate but normally finish in 2nd and 3rd place

Tell @abaenglish who you want to win