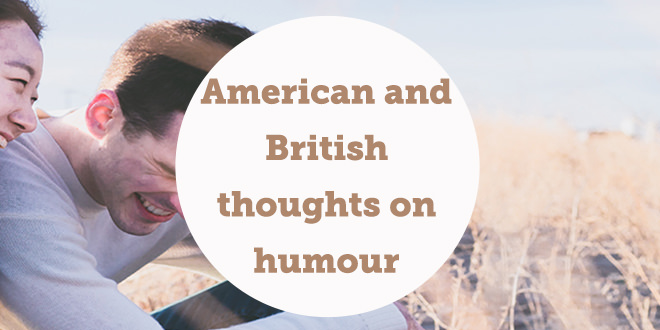 What Brits and Americans think about each other’s humour

So, one thing is agreed- we speak the same language albeit with slight variations in both grammar structures in certain instances and more often than not with different vocabulary depending on what we are referring to. One thing that we can look at and definitely compare is the humour and way we tell jokes, but what is the general opinion of British people towards American humour and vice versa?

After doing some research speaking to different Americans (we love research), we definitely see a general trend in what Americans think about the British sense of humour. One element really comes to the forefront every time- sarcasm. Every time this was mentioned we thought “wow, great answer!” Did we mean it? Of course we did…

As great an answer as we thought sarcasm was, we were also advised of specifics of British humour that stand out in America:

What about British people on American humour…

Americans have brought us some great comedies! “Friends” is definitely up there as one of the best, if not the best of its time. After speaking to British people, we have come up with a few points that kept appearing in people’s opinions about American humour:

Which side of the pond has the best kind of humour…?

Well, that is something we are going to leave up to you! There are many TV shows which you can watch to familiarise yourself with the humour from both places to come to a decision.

Whether it be “Friends” or “Gavin and Stacey”, we’d love to know what you think!