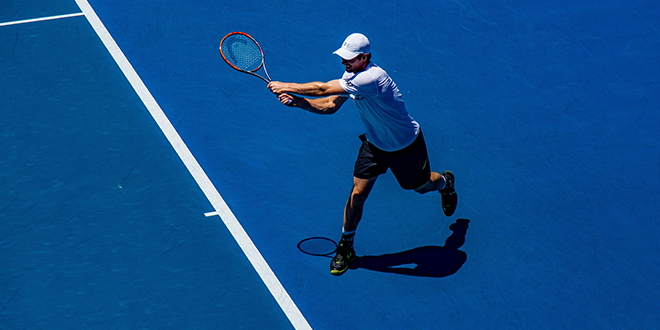 US Open and Tennis Vocabulary in English

This year, the US Open, the fourth and final Grand Slam tournament, will be played in New York from 27 August to 9 September. If tennis is your passion, you surely do not want to miss out on this important event. If you want to take the opportunity to visit New York and attend the great tennis players’ games, read the following article to learn the tennis terms in English.

Do you enjoy tennis? I’m reading an @abaenglish article that about English tennis lexicon.

Tennis has a very ancient origin. It seems that the ancient Romans played a game that consisted of hitting a ball with a hand covered by a glove. The first regulations of the game as we know it today come from Walter Clopton Wingfield. In 1875, he established the rules and called the game sphairistike. The definitive and official regulations, however, were established in 1888 when the English tennis association was created.

The vocabulary of tennis is, therefore, for all intents and purposes made up of words in English, which are also used in the sports jargon of other languages. Let’s look at the most important terms along with the fundamental rules of the game.

The first action of the game is the service, which consists of hitting the ball into the opponent’s side of the court. A player has two consecutive opportunities to serve, with which they have the opportunity to score one point. If both attempts lead to a fault, the referee passes the action to the opposing player, who will also have two attempts at their disposal. If a player manages to hit the ball so that the opponent cannot return it, an “ace” happens, which is worth one point. The match is divided into sets, which vary from 3 to 5, and each set is divided into 6 games. Victory is determined by the number of sets won.

Ace: A shot in which the player manages to hit the ball into the opponent’s field without the opponent being able to respond with their racket.

Advantage: The next point after the deuce.

Break: A point received with the service of the opponent and with which a game is won.

Deuce: A score equal to 40-40, after which the player must score two points to win the game.

Double fault: Two consecutive fouls as a result of which the player loses the point.

Let: The repetition of the serve. The term derives from the verb to let.

Love: This term means zero. It comes from the French “l’oeuf,” an egg, reminiscent of the symbol for zero.

Match point: A point that, if won by the player in the lead, leads to their victory in the match.

Net: This is the tape at the upper part of the net.

Round robin: A tournament format in which the players are divided into groups of three or four players. The classifications for the following round are established based on their results.

SABR: This term, relatively recent, represents a tribute to a move “invented” by Roger Federer. It consists of a counterbalance response to the opponent’s serve followed by an attack on the net.

Tie-break: This is the game that is played to win a set, or even the game, when the score is 6-6. The player who gains an advantage of at least 2 points over their opponent wins.

Serve: The shot with which the turn is started.

Backhand: This is a backward hit, carried out with your back to the net.

Volley: This is a hit that is made usually near the net before the ball touches the ground on the player’s side of the field.

Ready for the Tournament?

Now that you know the tennis terminology in English, you are ready to participate in the most exciting tournament of the year. As you may have noticed, most of the terms in the tennis lexicon are words in English, as is the case in many other sports. If you feel the need to improve your English skills, why not try our online course? ABA English offers 144 video lessons and the same number of short films to perfect your English using a natural and intuitive method in the shortest possible amount of time.

OK, I want to try the course!
OK, I’m going to download the app!
2018-08-22
Share
Previous How to Find Work in English
Next Five English YouTubers That You Should Not Miss