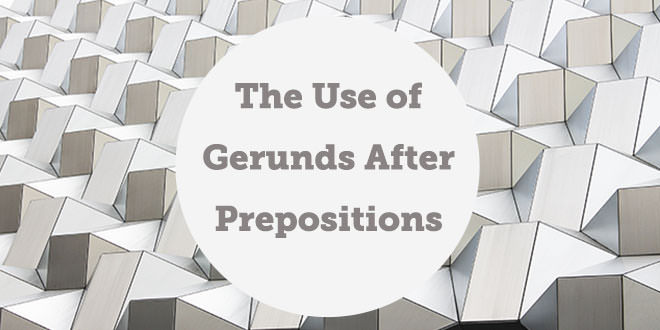 The Use of Gerunds after Prepositions

How is it going ABA friends?

In general, gerunds are tricky to get the hang of, but how do we know if we need to use them after prepositions or if we need an infinitive instead?

In English, if you are going to have a verb after a preposition, the rule is simple- it must ALWAYS be in the gerund form. That is to say that it must always end in “-ing”.

It is interesting to note that these examples can also be said with nouns instead of the gerund which maintain the same meaning that is portrayed above.

Infinitives will NEVER be used after prepositions ONLY GERUNDS. Prepositions are followed by a noun clause, therefore if you wish to use a verb after it, it must be the gerund as this acts as noun.

After reading this, are you going to practise more?

As explained, this rule has no exceptions so is very easy to remember. What is important however, is to make sure that you can identify all of the prepositions when they appear. This will help you know a gerund comes afterwards if you are using a verb instead of a noun.

For more information on this grammar point and more, sign up for free with ABA and check out unit 111

Thinking about studying English? Check out @abaenglish to help you improve!