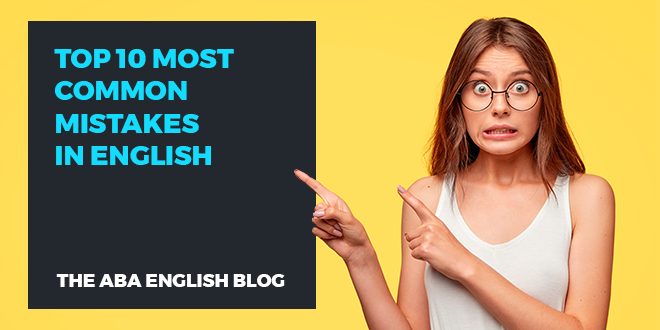 The 10 most common mistakes in English

Learning a language isn’t easy, but nothing worthwhile comes easy, right? It’s normal to feel frustrated when you can’t pronounce words like native speakers or when you make mistakes… But what can you do to avoid them? The answer may seem quite obvious, but the key is to study grammar well.

We make mistakes when we haven’t memorized or applied the rules, when we copy the logic from our mother tongue, or when we’re tempted to translate from our own language into English.

Practice is the base of learning. If you’re consistent, you’ll find yourself learning naturally and almost inadvertently. This doesn’t mean that you aren’t going to make any mistakes, though. On the contrary, you’ll make mistakes over and over again. But every stumble is a lesson. (Don’t forget the classic method of trial and error!) So, don’t be afraid of making mistakes. Instead, you should anticipate, confront, and overcome them.

In the following, we’ll present the 10 most common mistakes in English, which you may be making without knowing it.

I want to improve my English

As we said before, it’s important not to fear making mistakes because thanks to errors, you’ll strengthen your knowledge of English. What you should avoid at all costs is allowing them to become difficult to eliminate.

To help you remember some of the most common mistakes more easily, let’s start with those that have to do with verbs. Pay special attention to the following examples.

If you think about it carefully, many errors in English happen when we translate from our mother tongue.

In some languages, the word everybody would be translated as a plural. This could lead to a mistake in English by pushing you towards using the plural verb.

Actually, everybody (along with somebody, nobody, and anybody) is a singular noun and, for that reason, requires the singular verb.

Is everybody happy to come?

If I will see Judy later, I’ll give her the news.

In this case, the sentence is in the first conditional. This means that it expresses a possible condition with its likely consequences. You just need to pay a little attention to not make mistakes like this.

The if clause in the first conditional is always in the simple present tense while the main clause requires the simple future tense.

If I see Judy later, I’ll give her the news.

Do you want that I make dinner?

In English, the pronoun that is never used after the verb want. The correct construction requires the verb in the infinitive with to after want.

This rule applies to many other verbs that indicate a request, a desire, and an order. Some other verbs like this include order, tell, invite, persuade, ask, prefer, and intend.

Do you want me to make dinner?

I ask you not to talk about the issue with Julia.

I am thinking to buy a new house. 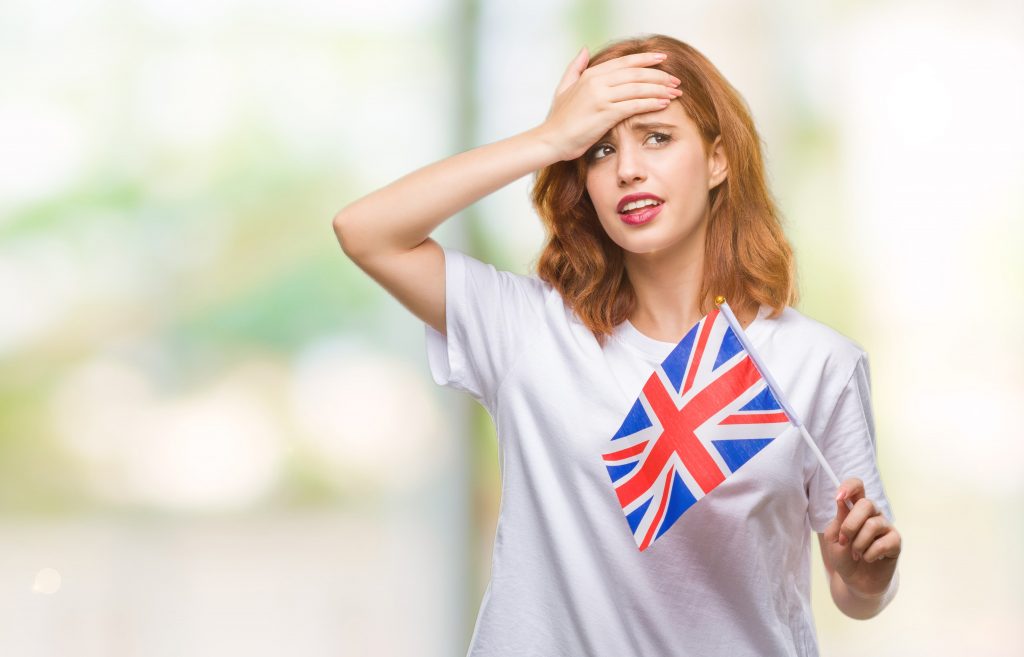 If you think about it carefully, many errors in English happen when we translate from our mother tongue. That’s why you must resist the temptation to do so, because whatever you say will probably sound “weird” in English.

Do you want to see some specific examples? Here are some.

I’ll explain you the problem.

In English, the two complements must be clearly distinguished by introducing the personal pronoun you with the preposition to. The most correct form also requires the direct object the problem to come immediately after the verb.

Mary is not attending the meeting tomorrow. I’ll explain the problem to you.

I have the possibility to visit New York next year.

After the verb to have, the noun opportunity is used to indicate possibilities in English.

The word possibility is generally used after the expression “There is…”.

I have the opportunity to visit New York next year.

There is a possibility that I may visit New York next year.

She asked me where do I live.

As you know, in the interrogative form we use the auxiliary do/does/did. But this doesn’t happen in the case of reported speech.

She asked me where I live.

I visited a castle with my five-years-old niece.

This is a small fact that you should keep in mind. You may have learned in school that when you talk about someone’s age, the word year is plural. What we sometimes forget is that this only applies when the age is introduced by the verb to be.

My niece is five years old.

When the age is expressed in the form of an adjective and, therefore, comes before the noun to which it refers, the word year is always in the singular.

I visited a castle with my five-year-old niece.

My workplace is near to the gym.

Near is a synonym of close to, but it doesn’t require the use of to.

The adverb much never goes between the verb and the object but rather always goes at the end. Nevertheless, this is an expression that isn’t used much in oral discourse, so using “a lot” or “really” would be better.

Don’t be afraid to be wrong! Making mistakes is an important part of learning because it allows you to reflect on the rules of the language and to apply them in a practical way. The important thing is that you know what you’ve done wrong. Then you simply have to make the necessary corrections to improve your language proficiency.

Verbs are an important part of learning English. So, it’s important to pay special attention to their use and conjugation to avoid the typical mistakes that non-native speakers make.

On the other hand, to minimize your grammatical errors, the best thing you can do is learn the rules and accompany them with constant practice. It’s also important to avoid literally translating what you want to say from your native language to English since both languages will have different structures.

Learning English is a journey during which you must be consistent and not give up. But, all your efforts will be rewarded sooner or later. Take advantage of your mistakes and use them as learning opportunities!