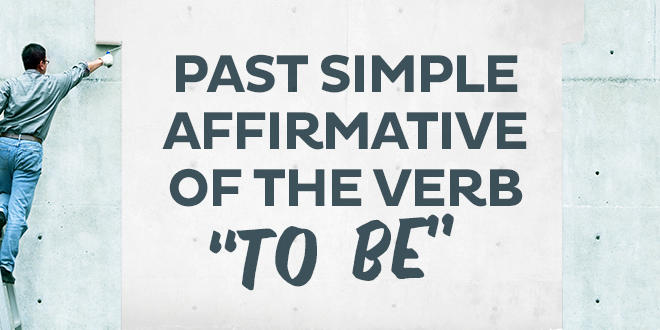 Past simple affirmative of the verb “to be”

Now let’s look at the simple past form of the verb “to be.

Notice that the simple past form of the verb “to be” in the singular form is always “was”. However, as an exception we use “were” for the second person singular and plural.

I was a great football player when I was a kid.

You were always a good student when you were at school.

He was very hungry this morning.

She was tired after running the race.

The house was painted red.

Notice that the simple past form of the verb “to be” in the singular form is always “was”….

For the simple past plural forms of the verb “to be” we always use the verb “were.”

You were good friends with Mike and John when you were younger.

My marks at school were always good at school.

We were always first in the class.

See? It really is that simple?

Did you know that you can subscribe to our course for free and immediately access 144 videoclasses by our ABA teachers? In each unit they will cover a different grammatical point so by the end of the course you will have an advanced level of English.

ACCESS 144 FREE VIDEO CLASSES
DOWNLOAD OUR APP FOR FREE
2017-08-16
Share
Previous How to order a beer in a British pub
Next Episode #6: Inspiring quotes | ABA on Air