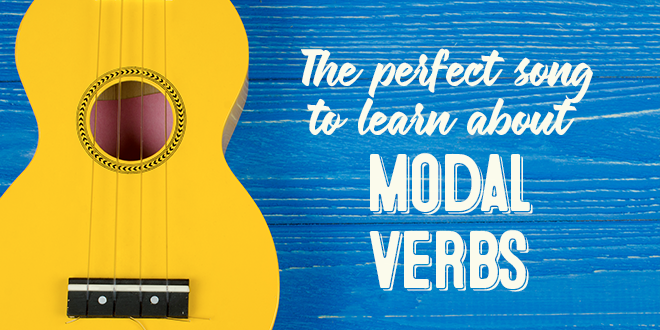 In English, as well as in other languages, modal verbs are those that accompany another verb and modify their meaning. This is a restricted group of invariable verbs which are can/could, may/might, will, shall/should, and must.

@abaenglish presents some songs in English to help you learn modal verbs.

Besides being invariable, these verbs also have the following characteristics:

To learn them in a fun and effective way, we thought about offering you some songs that we have selected for you.

The modal verb can can express:

Can you tell how the verb can is being used in this song by Joan Baez?

The verb could has the same construction as can. It expresses a probability that something will happen in the future. It can also indicate the past of can.

May is used to express a doubt or to ask permission to complete an action. In this last case, it assumes the same meaning as the verb can, but has more of a formal tone.

Love of My Life (Queen)

You will remember
When this is blown over
And everything’s all by the way
When I grow older
I will be there at your side to remind you how
I still love you, I still love you.

Shall is only used in the interrogative in the first person singular and plural. It can express:

We Shall Overcome (Pete Seeger)

I Should Have Known Better (The Beatles)

I should have known better
with a girl like you.
That I would love
everything that you do.

The verb must expresses:

And anyone who tried to deny you,
must be out of their mind
Honey you should know that I
could never go on without you.

What Song Do You Recommend?

Now it’s your turn! Search for other English songs that have modal verbs. If you are looking for an easy way to learn English, you could try an online course. ABA English offers 144 video classes, short films, and native teachers that will help you learn with a natural and intuitive method!

Yes, I want to try the course!
Yes, I’m going to download the app!
2018-07-30
Share
Previous Expressions to congratulate someone in English
Next The English You Must Know Before Entering the Cosplay World