Learn English with the News – The oldest Geisha in the world

Learning English with the News is a great way to keep up to date with the world AND learn new words at the same time.

In this news post, you will meet Asakusa, the oldest Geisha in the world: 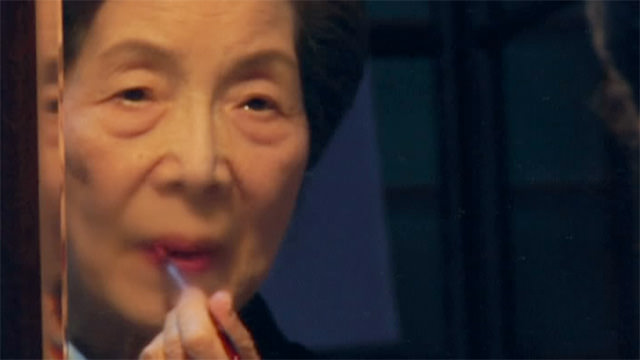 We recommend you get a notebook and a pencil, to take notes of new words and sentences. By writing them down, it will be easier for you to remember them.

In a Tokyo apartment, Yuko Asakusa puts on her makeup as she has for the last 75 years.

At 91, she is said to be the city’s oldest living geisha – a traditional Japanese female performer who wealthy professionals pay to play instruments, sing, dance and engage in witty conversation.

Asakusa, whose real name is Fumi Kikuchi (hoo-me Kee-koo-chee), wanted to be a geisha (gaysha) since she was 13 and saw geisha movies with her mother. After a three-year apprenticeship she began what became a lifelong career. The number of Japan’s geishas has fallen from a peak of 80,000 in 1928 to roughly 1,000 today. But the shrinking profession still fuels the same fire in Asakusa as it did when she was a teen.

– Its not about until how old I get. In my case, I will be a geisha all my life. It’s not until a specific age, it’s until I die.

Until then, the golden geisha spends her time fielding 20 reservations a month and instructing the next generation of young entertainers.

Performer – a person (such as an actor or a musician) who acts, sings, dances, etc., for an audience.

Engage – to get and keep (someone’s attention, interest, etc.)

Uproariously – to laugh a lot when something is very funny.

Lifelong – continuing or lasting through a person’s life.

Shrinking – to become smaller in amount, size, or value.

Fielding – to deal with or respond to (something, such as a telephone call or a request).

Watch the video and try to understand the whole news article without subtitles.